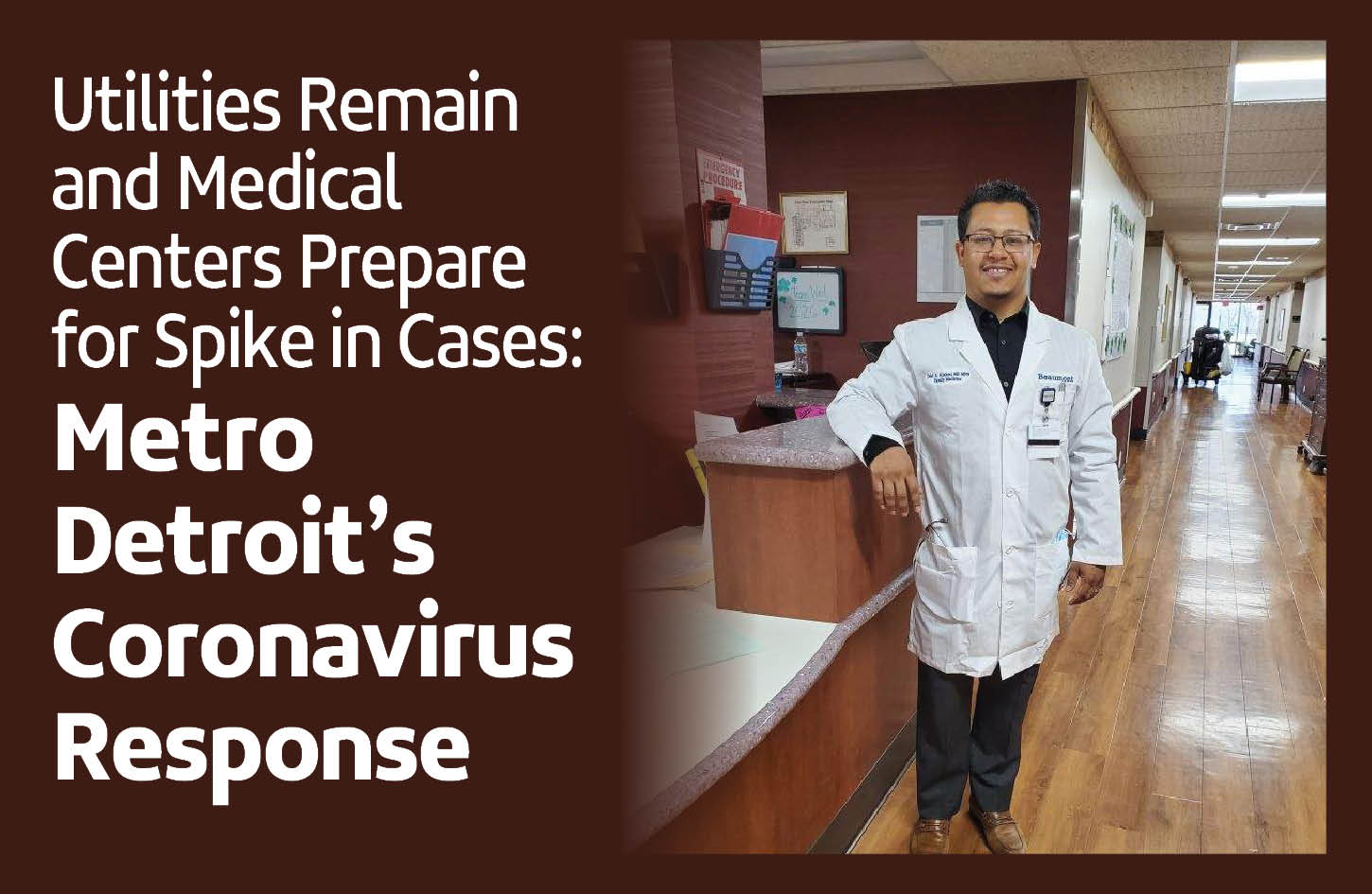 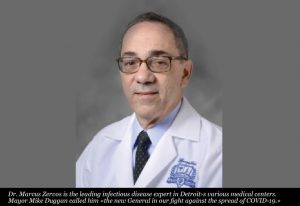 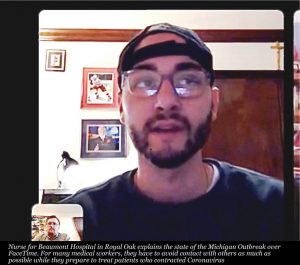 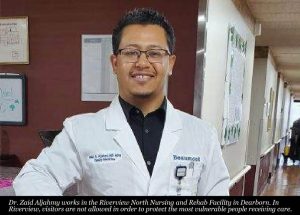 Mario Brusati had just finished a night shift as a Nurse in Beaumont Hospital, Royal Oak. As he walked out, someone stood near one of the few unlocked entrances and measured his body temperature. 98.6 degrees. No fever.
Close to what used to be a valet line, a group of over ten cars parked while waiting for their turn. A doctor would soon take a test sample from their nose, the standard test for whether a patient contracted COVID-19.
“Right now, we haven’t had a case in our hospital,” Brusati said. “But me and all the staff are ready if things get worse.”
Farther down Woodward in Wayne County, various offices of the local government are bracing for the case number to rise. County Treasurer Eric Sabree announced in a statement on Monday that the County Treasurer’s office will close to the public until April 3. Although the reopening of the office is dependent on the state of the Coronavirus outbreak in Michigan come April.
“This crisis is affecting everyone,” the statement read. “And we are not sure how long it will continue as it is changing daily.”
In a last-minute decision, County Executive Sabree also decided to halt all impending foreclosures in Wayne County. The decision comes in the wake of the other cities making the same move in order to avoid a population becoming increasingly vulnerable in the Coronavirus pandemic.
Water service will also be restored for those who had their water shut off. Back when the City of Detroit cut service to thousands of Detroiters, many believed it would exacerbate health problems for those without access to water and sewage.
DTE has also announced that it will be suspending shutoffs for delinquent payments. The move by DTE and Detroit’s Water Department will ensure that all utilities remain functional throughout the crisis.
Despite the measures by the city of Detroit, the root of the problem may not be resolved. In South Korea, government sources are reporting what is starting to become a slowing-down of new infections in the Peninsula. And many international agencies have stated that the country did one tactic extremely well: They tested everyone.
According to news reports, tests in Michigan are currently being rationed. For the more serious cases that require hospitalization, tests are used to determine whether the patient should be treated in quarantine.
However, the result is that people may not know whether their mild symptoms can be more serious when accidentally spread to a person with a more vulnerable immune system.
The constraints Governor Gretchen Whitmer has made on crowd sizes, business closings and entertainment events, were developed in order to slow the growth of new cases. “Right now, we’re trying to slow the rise of new cases,” said Dr. Zaid Aljahmi of Beaumont Dearborn. “Because it’s going to get bad before it gets better.”
Dr. Aljahmi explained that for many medical centers in the region, there could be an overwhelming amount of cases. As the number of cases increases, the risk for the region is that the medical centers will not be able to treat everyone. And the result could be that some people who needed treatment may die.
At the top levels of Detroit’s government, Mayor Duggan has set up an intimate relationship with leaders at some of the most important medical centers in the city.
“The measures that have been recommended so far are appropriate,” said Dr. Marcus Zervos. “They are what we should be doing.”
Dr. Zervos is an infectious disease physician for Henry Ford Health System. His past work has involved establishing healthcare systems in impoverished countries that are more susceptible to the spread of infectious disease.
Mayor Duggan enlisted the help of Dr. Zervos because the spread of the Novel Coronavirus has reached a new stage of “Community Spread.” Instead of people contracting the virus from other hotspots in the United States and abroad, people are now susceptible to infection even without having traveled outside of their community.
The stage of community spread has seen dramatic spikes in the number of cases when hotspots for the virus developed in other parts of the world. In Northern Italy, where a hotspot of community spread has overwhelmed medical centers, doctors have been forced to prioritize some patients. The inevitable decision is that some people have already died because of the lack of medical care.
Mario Brusati has said that the staff is ready. “Morale’s high,” he said. “And we’re ready to help as the first cases start coming in.”
In the meantime, the hope is that people stay healthy and remain safe while they minimize the spread of Novel Coronavirus.