The Photographer Capturing this Moment in Hamtramck Soccer 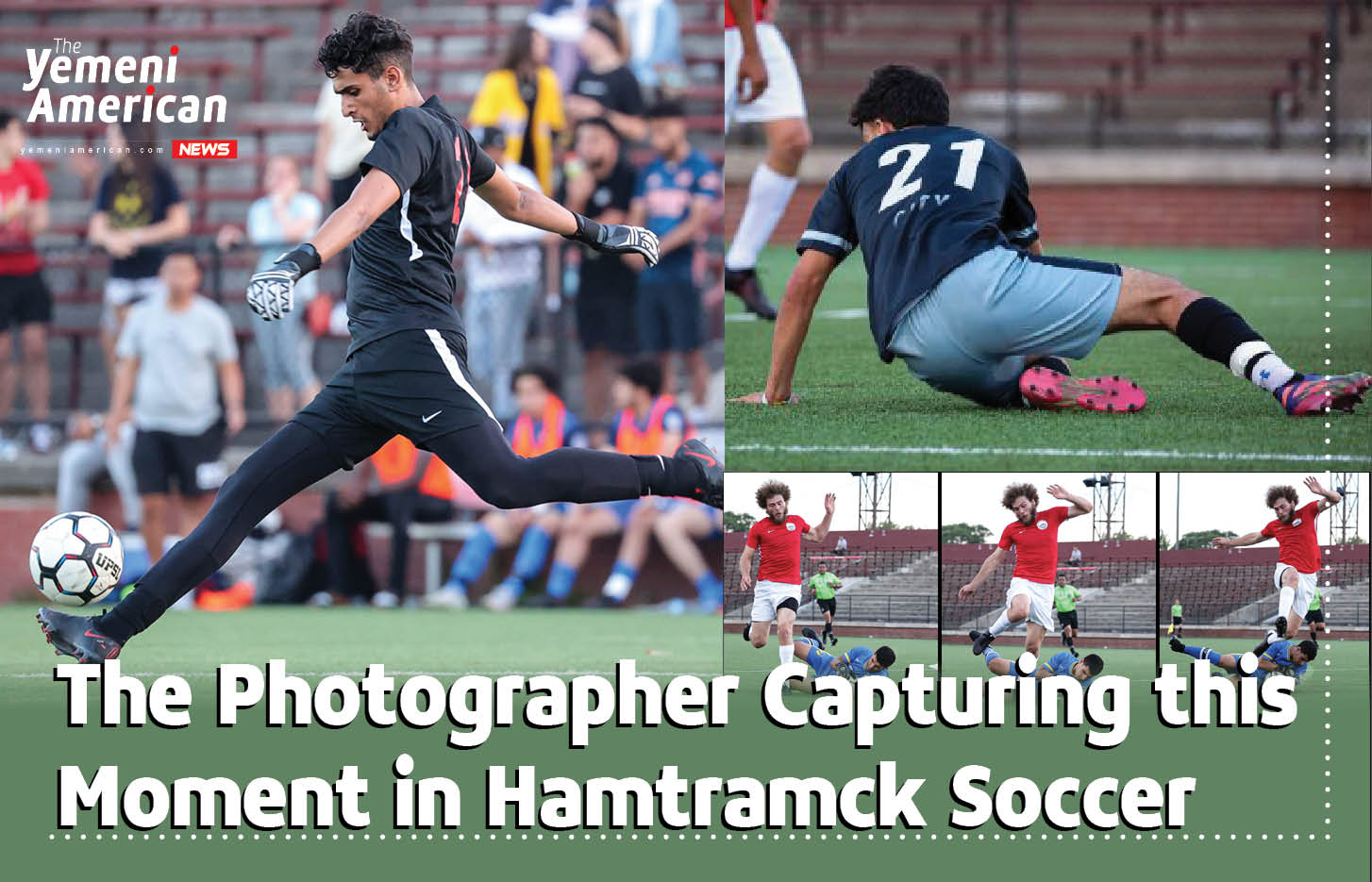 HAMTRAMCK, Mich. – Front and Center near the edge of the field, Photographer Denise Allen waits for the perfect moment – a snapshot of action from the field where many teams have made their home.

One of Keyworth Stadium’s resident photographers, Allen goes to games with a sense of anticipation. A former teacher, she’s made a new career over a love of soccer, photography and the camaraderie with the teams themselves.

Starting at the beginning of the COVID-19 Pandemic, she initially took the launch into professional photography on a pro-bono basis, shooting for various teams for free.

“To build my portfolio, and due to COVID’s financial strains on the teams, I started off shooting games for free,” Allen said. “I began shooting with Inter Detroit, which brought us to shooting a couple games at Keyworth Stadium against City United. One of the players from City United reached out to me to inquire about pricing, and eventually their coach reached out as well.”

Allen’s photography goes back a little further than a year ago. When her children were in their elementary school years, she first photographed action shots for their sports teams. This was when she was still a teacher, but Allen says it was the beginning of her plan to work as a professional photographer.

As that business grew over the past year with the teams in Hamtramck and Dearborn, the relationship they developed around Allen’s photography became a focus. Allen says she looks for moments of emotion for her photos, something that impacts the work more than just action.

This relationship between her and her subjects is based around the photos. Even with the hours of editing, traveling and photographing, Allen says it’s worth it because of what others can see in her work. It doesn’t hurt that the teams appreciate the moments she captures either.

“That is what I hope others see in my work – not just an action shot, but the physicality, skill, passion and emotion of the sport, from the players to the fans,” Allen said. “I hope to convey my love and passion for everything about the game and photography through my photos.”

The shots Allen takes all come anticipating the next move and staying in the moment in front of her. Both are skills that she’s built over her years of shooting sports photography. At the root of all her shots is a careful focus on the trials of the sport. 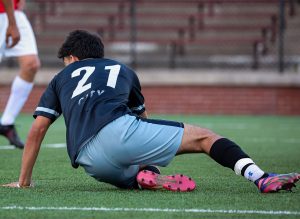 Often in Allen’s photos, the viewer will see expressions of frustration – players challenged to their limit by the sport, opposing team and plays. In many photos, the player is at the edge of their skills, playing with an expression of being absolutely challenged by the sport they love. All of this is carefully seen and quickly photographed.

“I would say I am often anticipating the next move – will he pass, will there be a slide tackle, a cross?” Allen said. “Just trying not to miss a crucial moment. The more I shoot the more natural it becomes to anticipate what will happen next.”

Outside of photography, Allen can still be seen enjoying soccer games in the area. Her dream to remain in sports photography to the height of soccer playing drives her just as much as the players’ love for her photography.

But for the time being, Allen can be found on the sidelines at Keyworth shooting with her Canon R6 Mirrorless Camera. Focused, patient and waiting for the next shot, the game through her eyes will continue to captivate lovers of the sport.