The Lonyo mosque that revitalized its neighborhood 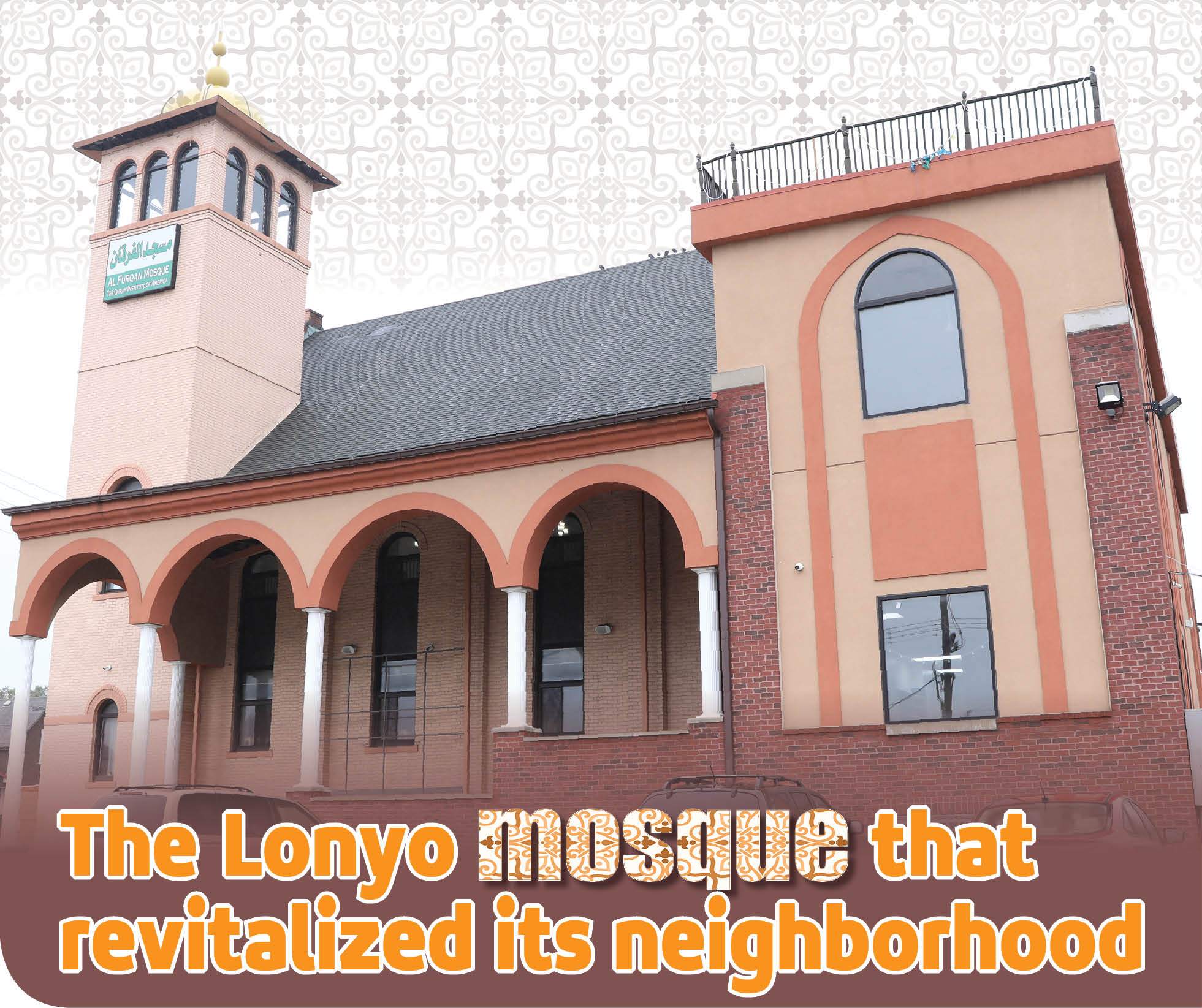 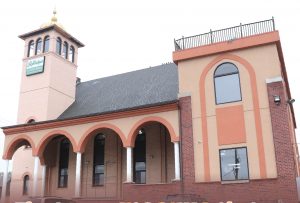 It’s always said that when you want to change an area or neighborhood, you have to build a public real estate, such as opening a supermarket or building a playground or theater; then everything will change. This is exactly what occurred in the Lonyo Detroit district which is neighboring the City of Dearborn. This area went through a “rehabilitation” after the opening of a neighborhood mosque and the Furqan Quranic Institute.

The Yemeni-American News visited Al-Furqan mosque and the Furqan Quranic Institute to see what has changed and was accomplished since the building’s conversion. It became evident that the mosque has become the “main hub” of the neighborhood representing the sixth district of Detroit. The City of Detroit is vast and consists of seven districts. Lonyo area is the sixth district neighboring East Dearborn. Most of the immigrant population used to be Romanian, Polish and Mexican, but now they are mostly Arab; specifically Yemeni.

The newspaper interviewed Sheikh Mustafa Tolba, who was behind this project. The newspaper team visited the mosque and the Furqan Quranic Institute. The team also met with some parents and interviewed academic researcher Dr. Sally Howell. Dr. Howell and the newspaper concluded after this visit that the mosque has highly contributed to the development of the neighborhood for the better.

Sheikh Tolba students graduated from the College of Science at Cairo University in 1985. He attempted to get admitted to the Al-Azhar Institute but he wasn’t able to join because of the army service stipulation. Instead, he was transferred to teach science in Yemen in 1988. He lived in Yemen for a decade; being a teacher and a preacher at the same time. Sheikh Tolba said, “I graduated from the Great Mosque in Sana’a in memorizing the Qur’an. I was good wearing many hats: a nurse, a teacher, and a religious lecturer.” 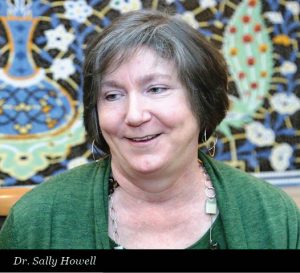 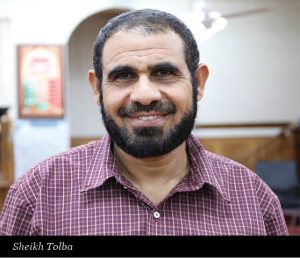 Immigration to the U.S.

Sheikh Tolba immigrated to the United States in 1998, saying: “I applied for a visa to come to the States and I got it. I traveled to Michigan, and with the presence of Yemenis in the Hamtramck area by Muath Ibn Jabal Mosque, it was an easy task for me to adapt to the new life in America “

When asked about his idea about the Quranic Institute in the heart of Detroit, he said, “the idea of teaching the Qur’an is not something new for me. In Yemen, I trained a lot of students who eventually became memorizers of the Qur’an and that experienced gave me an interest for me to start such an Institute. I became an imam for several mosques, including the Islamic Center of Detroit until 2002.”

Sheikh Tolba added “I started to search for a place and put my idea of the Institute to life. I found this place, which was a church, and we bought the three-story building. When we bought it; we felt comfortable with the sale and the condition of the building. The building was purchased in 2007 and converted to suit a mosque. Some folks at the time thought we were crazy in establishing a mosque and an Islamic center amid the presence of prostitution and drugs in the area. The result was the total opposite; the mosque and along the Institute changed this area to the better”

Sheikh Tloba said that the project had initial issues where the theft was widespread in the first three years but gradually decreased. Houses were affordable and in good condition. Now house prices have risen for several considerations, including the existence of the mosque, as Sheikh Tloba says: “Most of the population are now Arab Americans, and now house values are between $70,000 and $80,000 when a decade ago were in the lower teens.”

On the financial support the mosque and the institute receive, Sheikh Tolba tells the Yemeni American News: “the support from the community whether on Friday prayers and Ramadan fundraisers are the foundation of support. There is also the support of philanthropists who give unconditionality to this community along with the students’ fees which cover for the expenses of the institute and the mosque.

Sheikh Tolba says: “the cost of rehabbing of the building amounted to nearly $3 to $4 million and work is still underway. The community around us and in metro Detroit has been very supportive. As for the mosque’s relationship with other non-Muslim minorities, Sheikh Tolba explains “our relationship with the neighbors stems from our Islamic ethics, which is mutual respect, and thank God, our relationship is great. We have different mutual social activities. The mosque distributes food in Ramadan to the neighbors regardless of their faith.

Dr. Sally Howell, Associate Professor of History and an academic researcher at the University of Michigan-Dearborn explains during her visit “Al-Furqan Mosque is a beautiful building that has been restored and brought back to life, and it is clear that the neighborhood around the mosque is also being restored to life. A few years ago the homes there were in rough shape and the neighborhood was slowly being abandoned, but today it is clear that house after house, space is coming to life again. Satellite dishes line up next to one another on the block, telling me that this is a Yemeni community, for certain. The houses are being improved, secured, fitted with new porches, new windows, new roofs.”

Dr. Howell adds “You realize you have crossed into Detroit from Dearborn when you see the number of strip clubs, adult bookstores, and marijuana dispensaries suddenly appear before you, but along this stretch of Michigan, you also now see Arabic grocery stores and restaurants – an ice cream parlor. Something is happening here. Vice is yielding slowly to halal businesses. The old brothel/motel has been torn down and instead we see a beautiful new mosque.”

Dr. Howell believes there has been a complete change telling the Yemeni American News “If you drive further North on Lonyo, across 94, something even more remarkable comes into view: A large, very stable Yemeni neighborhood is growing there, with much larger, more middle-class homes. Here again, the telltale satellite dishes are ubiquitous, but so are nice fences decorated to celebrate a recent wedding, or signs and streamers hanging from front doors to celebrate the successes of young graduates. Well maintained homes are joined by large, impressive new builds. Much of the growth coincided with the opening of the Al-Hoda Mosque in 2003 (or so). As on the other side of Michigan, these mosques encourage investment. They bring with them safety and security. They signify that a sizeable group of families are willing to work together to protect and support this neighborhood. Now this one isolated and fragile Yemeni community extends to Warren Ave., where Masjid al-Huda is investing in an impressive new mosque and a community center. This is a remarkable story of economic growth and development. As they are doing in the Hamtramck area, Yemenis are revitalizing the Detroit housing market. They are doing it on their own, without the help of city planners or billionaire investors. The city needs to recognize this investment and reward this energy with good schools, better services, support for more family-oriented businesses”