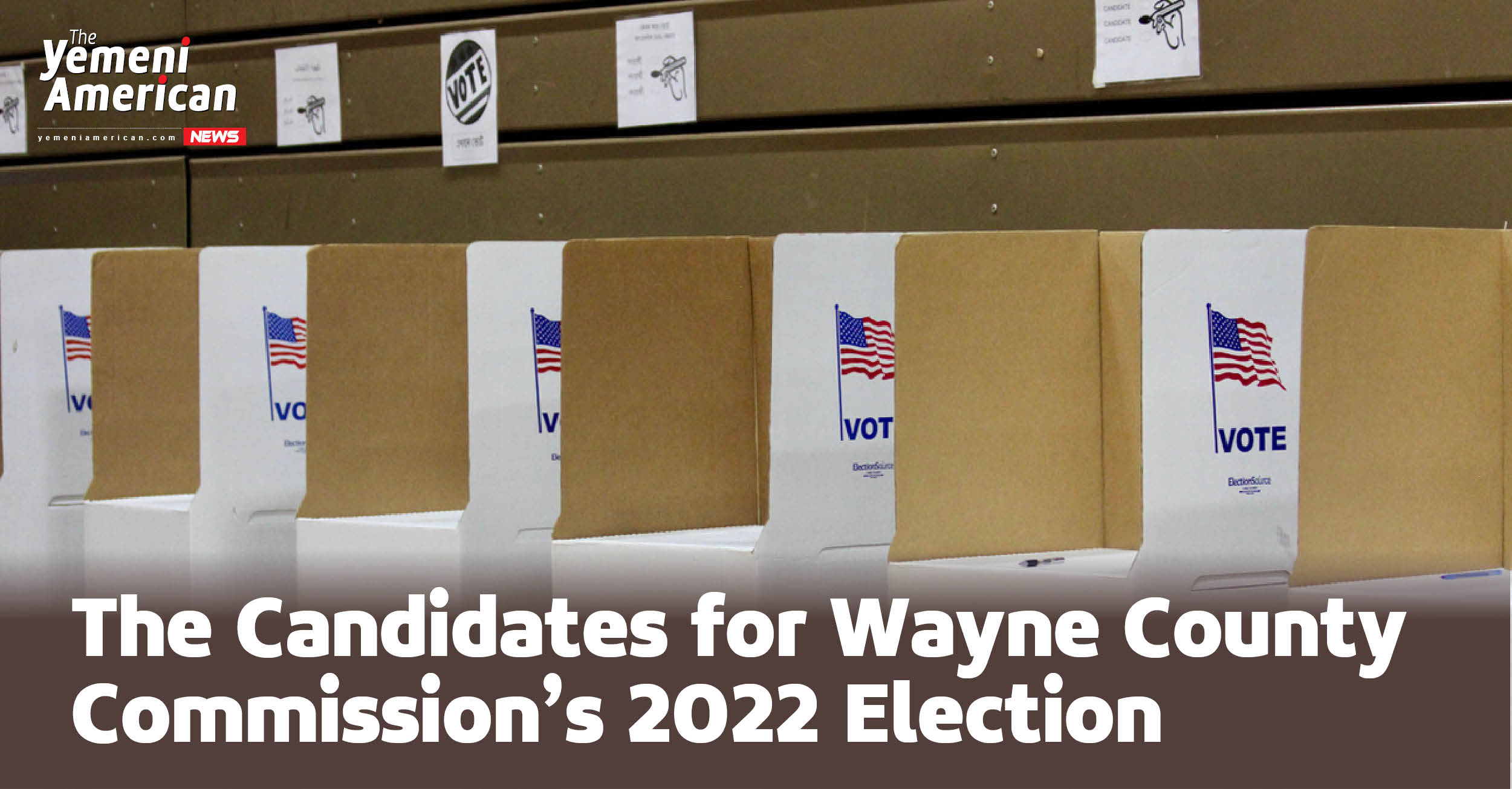 With the 2022 Midterm election, the Wayne County Commission could change entirely. In Dearborn, Hamtramck and Detroit, the mix of those seeking re-election on the commission and new politicians putting their name onto the August Primary ballot will define this race.

Jonathan C. Kinloch – Serving as president of a media and public policy consulting company, Kinloch is simultaneously running for his second term on the Wayne County Commission. Previously, Kinloch has been elected to the Detroit Board of Education and other elected offices.

Also running in this district is Matthew Johnson. No public information was immediately available on this candidate.

LaMar Lemmons – Lemmons formerly served as a member of the Michigan House of Representatives from 2005 to 2010. According to his archived legislative profile, he’s worked on initiatives like youth homelessness.

Mohammed Alsomiri – Serving a current term until 2024 as a Hamtramck City Councilmember, Alsomiri is active in the city’s Yemeni American Community.

Sigmunt John Szczepkowski – A reoccurring candidate for State Representative, previous wayne county commission races and the Detroit City Council. Szczepkowski has a felony conviction which he told the Detroit News stemmed from defense during a break-in.

Martha G. Scott – Currently serving her sixth term on the Wayne County Commission, Scott is a former Michigan State Senator and has worked on initiatives like Veteran’s affairs and elderly welfare.

Also running are Anne F. Clark and Mohammad Mubarak. No public information is immediately available on those two candidates.

With primary elections approaching for the 2022 Midterms, the Yemeni American News will be providing detailed views of the every race. Stay tuned for more election coverage.