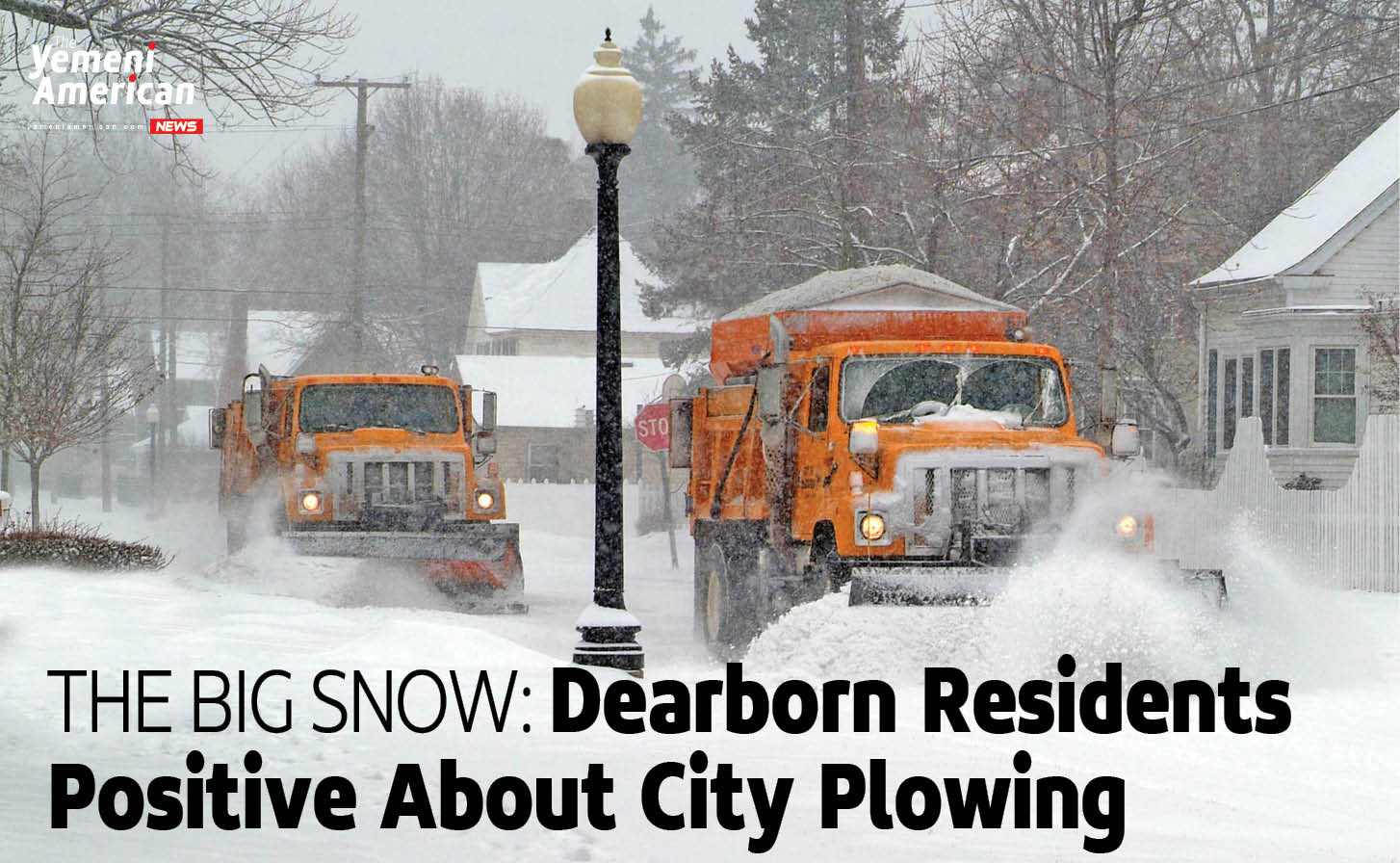 DEARBORN, Mich. — Residents of Dearborn seemed generally pleased with the city’s response to the first big snow of the season, as snow ploughs quickly swept the streets starting last night.

A snow emergency was declared yesterday at 10 pm, forcing cars off the streets so Dearborn Department of Public Works (DPW) ploughs could get all the snow off the roads. Residents across the city seemed patient and contented with the city’s plowing, even if their street hadn’t been plowed yet.

Elizabeth Davies said her cross-streets of Meridan and Berkley were plowed, and it seemed like the DPW workers had motivated her to do her own shoveling.

“My 79 year old father  and I with a walker will do our best to clean snow,” said Davies.

Megan Ford Osman shared a funny story on social media about her experience with the city ploughs.

“The plow came down the other side of the street while I was shoveling. He honked to tell me to wait to do my approach as he was just about to circle back,” said Osman. “So I went on to the driveway. Twp minutes later, he came speeding by so fast, not only were my sidewalks recovered in snow, so was I.”

Cortney Butkowski-Dobri said she was amazed to see the plows come through twice on her street quickly, and claimed the whole Grindley Park area was good to go.

Neile Gauthier said he wasn’t sure how DPW was doing, but he got a ticket for having his car parked on the street after 10 pm.

“I went to bed early. But I leave for work around 530,” said Gauthier. “Never gotten a ticket before. Oh well.”

Mason Christensen, a Dearborn Historical Museum employee, said his commute to the museum was smooth this morning, and he was surprised to see even the museum parking lot was plowed by the time he got there.

“Plows were on the road everywhere,” said Christensen around 8:30 am. “Roads are in decent shape given the hour.”

The main resident complaint seemed to be about the speed of plowing.

“Always a great job; wish they would SLOW down in the 25 mph zones,” said Mary Bracey. “it’s scary how fast they go.  They couldn’t possibly stop in time to avoid an accident.  My whole house shakes when they race by!”

Residents are being encouraged to keep cars off the street so long as the snow continues to fall.