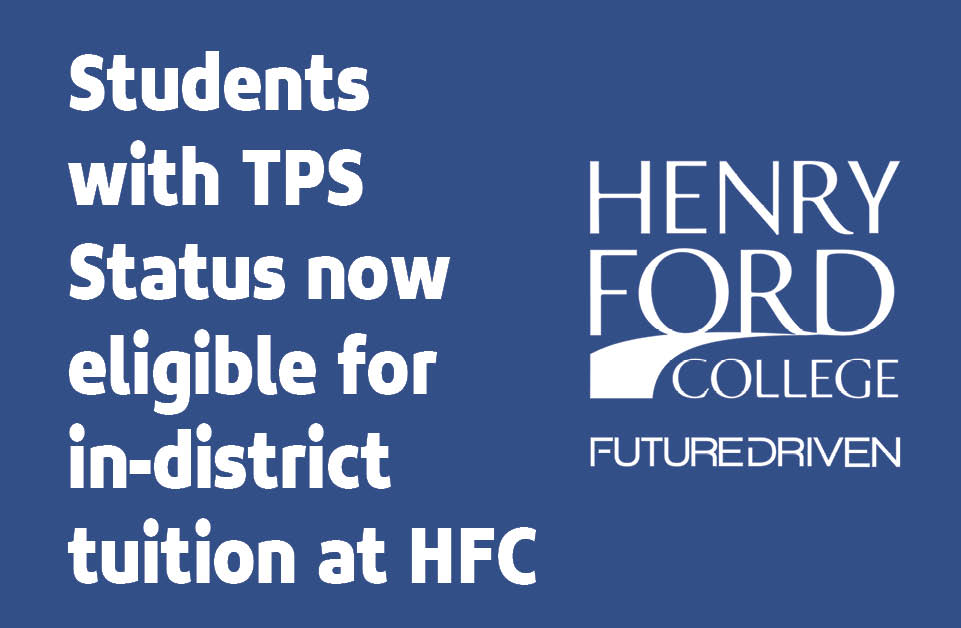 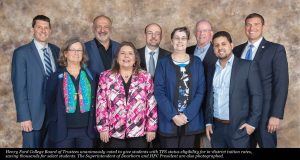 International Students with Temporary Protected Status can now attend Henry Ford College for in-state tuition rates. The decision came after a unanimous vote by the Board of Trustees at its Dec. 16 meeting.
According to a press release, Henry Ford College is the first community college in the state to grant residency-based tuition for students with Temporary Protected Status.
“The Board of Trustees felt that TPS students should have the same rights as other students to pay tuition rates based on where they live,” said HFC Communications Director Rhonda DeLong. “TPS students do not have the luxury of returning safely to their countries of origin, so Henry Ford College wanted to make a college education as affordable to them as possible.
Students from a select number of countries may be eligible for the residency-based tuition. Those countries are: El Salvador, Haiti, Honduras, Nepal, Nicaragua, Somalia, Sudan, South Sudan, Syria and Yemen. However, more native countries may be eligible in the future.
Currently, in-district tuition at Henry Ford College is between $101.50 and $200 for each credit hour. International students from the mentioned countries would normally have to pay either $257 and $350 per credit hour, depending on the level of the course. The initiative would give students with TPS status the opportunity to pay in-district tuition rates.
“This new policy allows TPS students to pay tuition based on their residency, rather than paying international tuition rates,” DeLong said. “For an in-district, full-time student, this would mean thousands of dollars per semester.”
For a full class load of 12 credits, that’s a difference of $1,866, from $3,084 for international tuition to $1,218 for in-district residency.
Temporary Protected Status is a temporary immigration status given to people who immigrate from countries that experience difficulties that make the countries unsafe for nationals to be deported back to those countries.
U.S. Citizenship and Immigration Services estimated in 2018 that about 1,753 people with Temporary Protected Status lived in the state of Michigan.
The in-district tuition rate is also available to U.S. citizens, people with permanent residency status, asylum status, refugee status or valid DACA status who live within Henry Ford Community College’s district.
“These are residents who work, pay taxes, and contribute to our communities,” DeLong said. “We do not want TPS students to drop out of college because they cannot afford tuition. So we are providing tuition rates that are the same as the rates other students pay.”
According to the press release, the decision to grant in-district tuition rates is a part of Henry Ford College’s initiative to promote diversity, equity and inclusion, and to be a welcoming college.
Temporary Protected Status has been hotly debated in national politics. For those who come from Yemen, the Temporary Protected Status has been extended for another 18 months. TPS will be valid for Yemeni Americans until September 3, 2021 – unless Homeland Security decides to extend the status for the country’s nationals again.
Haitians currently are at risk of losing their eligibility for Temporary Protected Status. 10 years after the disastrous earthquake shook the island nation, the Trump Administration is working to remove eligibility. It was estimated that around 52 Haitian nationals with Temporary Protected Status were living in Michigan in 2018.