Sa’eed Haidarah: A unique story of an immigrant 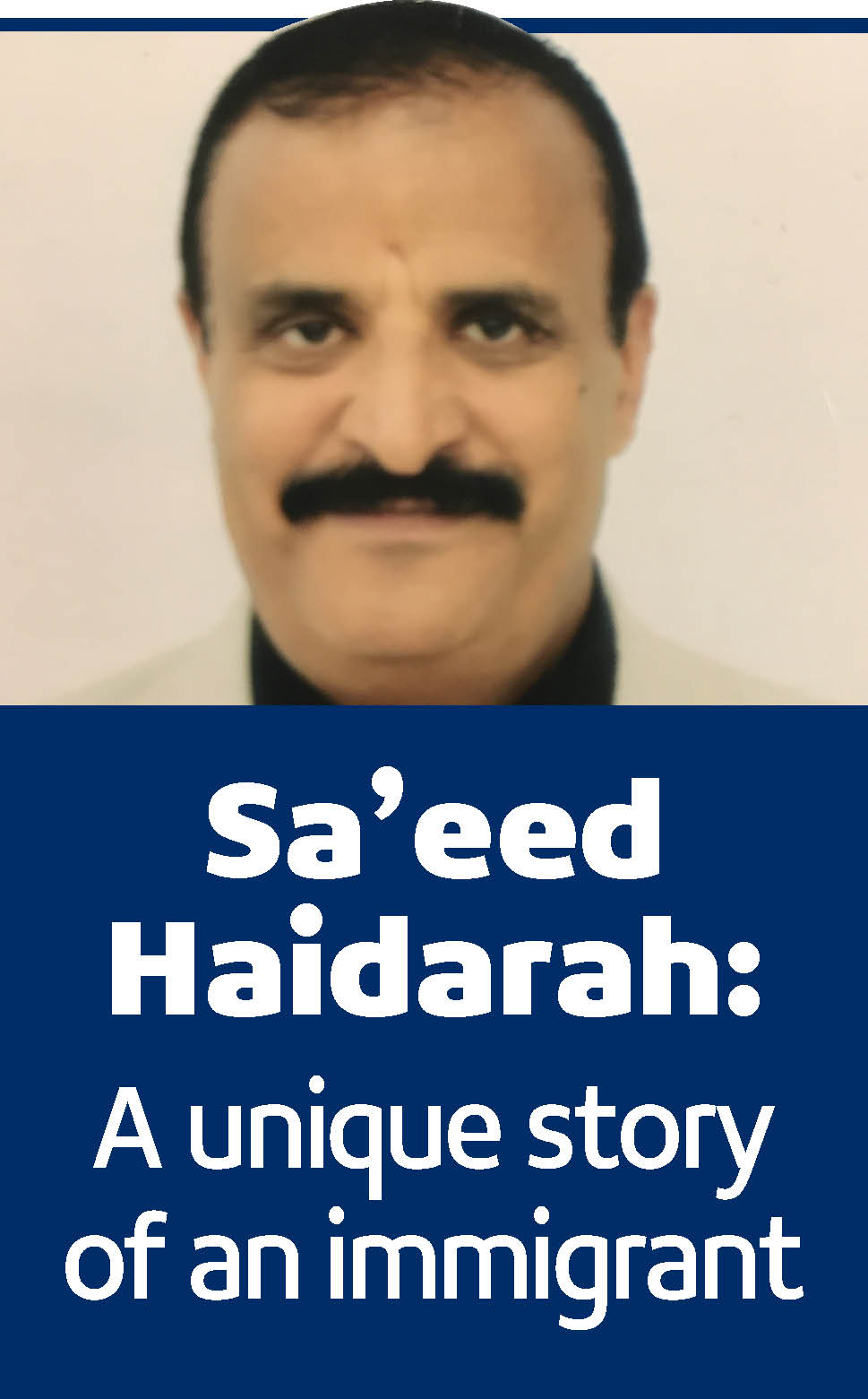 Sa’eed Ahmed Ali Haidarah is a Yemeni immigrant to the United States living with his family in Dearborn, Michigan. Sa’eed chose Dearborn as his new home from the time he immigrated to the USA more than four decades ago. 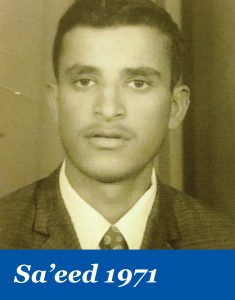 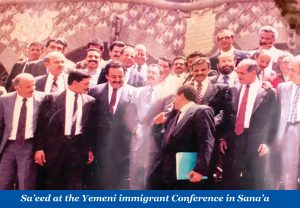 In Dearborn, Sa’eed moved from one job to another, starting as a car washer until landing as an employee with Chrysler automobile manufacturing factory. He remained with Chrysler until he retired from the company. Now he is working full time managing his investments in real estate and restaurants.

As Sa’eed has now turned into a senior age, the Yemeni-American News reviews with him some of his tales with immigration to the United States as a humbly bodied person, looking forward to getting a job that will secure the stability of his life, just like any immigrant coming from Yemen to the dreamland that the US has been known to be.

Sa’eed came to the United States as a minor youth not exceeding 16 years of age. Sa’eed remembers well his arrival date in February of 1971 – a date which all aspiring immigrants never forget, especially those who came as a “nobody” – and subsequently ending up as a successful person.

At the time that Sa’eed arrived, Dearborn had a small Yemeni community. Sa’eed recalls: “It was very difficult to find work at the time, especially for one in my age.” He also relates: “All I had was $10, giving the taxi driver half and kept the other $5”. When Sa’eed arrived, he stayed with a relative in the city. His relative was Sa’eed Hussein Haidarah, with whom our Sa’eed lived a year. Immediately, Sa’eed sought a job. He found his first opportunity in “Luvran Car Wash” located on Michigan Avenue. It was hard work, as he had to wash cars during the morning when the weather was freezing, where traffic was sometimes at standstill, and he had to walk to his home under falling snow.
“I worked there for about three months, and it was a difficult beginning. I had to walk three miles from Dix Neighborhood to my place of work and back every day in severely cold weather, with the temperature falling to -5 degrees”, explained Sa’eed. 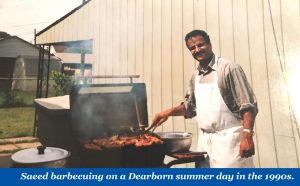 For Sa’eed, it wasn’t enough to work at the carwash. He needed to find another job and he did find one as a busboy in a restaurant besides his job at the carwash. He also was studying the English language at night and in addition to his two jobs, his day was fully occupied.

Obviously, Sa’eed feels very happy when recalling these hard beginnings. This is especially so when he recalls how he has overtaken all these hard times and has made a success of himself. Sa’eed didn’t stay too long in the same environment. Luck finally came his way and he was able to find a more lucrative job. He found a job working at the Chrysler Automobile assembly. His long experience there transformed his life qualitatively and he worked there until retirement.
Sa’eed says, “I was an outgoing and social young man; this helped me get into the Arab community, especially the Lebanese community. As usual with Sa’eed, one job was not sufficient. In addition to his factory job, he worked in “Uncle Sam’s Village Café” and there he began his life in the culinary business, wherein he was inspired later to invest in the same business. He was able from this experience to gain ownership of this café, which he still manages to this day. This development began to grow in the 1980s. Among the results of this experience surfaced the Arab Village Café. Sa’eed benefited from the broad friendly relations with many immigrants, especially the Lebanese immigrants, through which he was able to advance his investments, beyond restaurants to include real estate.

Now Sa’eed is busy managing his investments full time in addition to his management of National Yemeni American Association(NAYA). His experience in community services was not confined to this Association, as his social personality led him to also be involved with the Arab community at large and there he accumulated a lot of experienced that strengthened his capacities to broadly take part in commercial activities and in civil society. He helped with other immigrants to set up many civil society organizations for the Arabic community in Dearborn. He started in the 70s with a number of Yemeni immigrants by establishing the General Federation of Yemeni Immigrants, and then the Arab American Center, and he contributed with others towards the establishment of the Arab-American Chamber of Commerce. At the start of the 2000s, Sa’eed helped in the founding of the National Association of Yemeni-Americans.

Sa’eed also was active, not just in his new home, America, but also in Yemen. Sa’eed told the Yemeni American News that he contributed to the establishment of Agricultural Associations and inaugurated the Al-Safe Factory for juice drinks and cheese. He then bought mango, papaya and lime farms in Yemen. At the start of the internet age, he also invested in setting up a number of internet cafes in Yemen and opened a branch of the Arab Village Restaurants.
As he recalls his experience throughout stages of life; times of successes and failures he had along the way, Sa’eed states proudly, “My conscience is relaxed, because I contributed to serving his country as much as I could.”