Protests Call for Justice after Checkpoint Execution in Yemen. 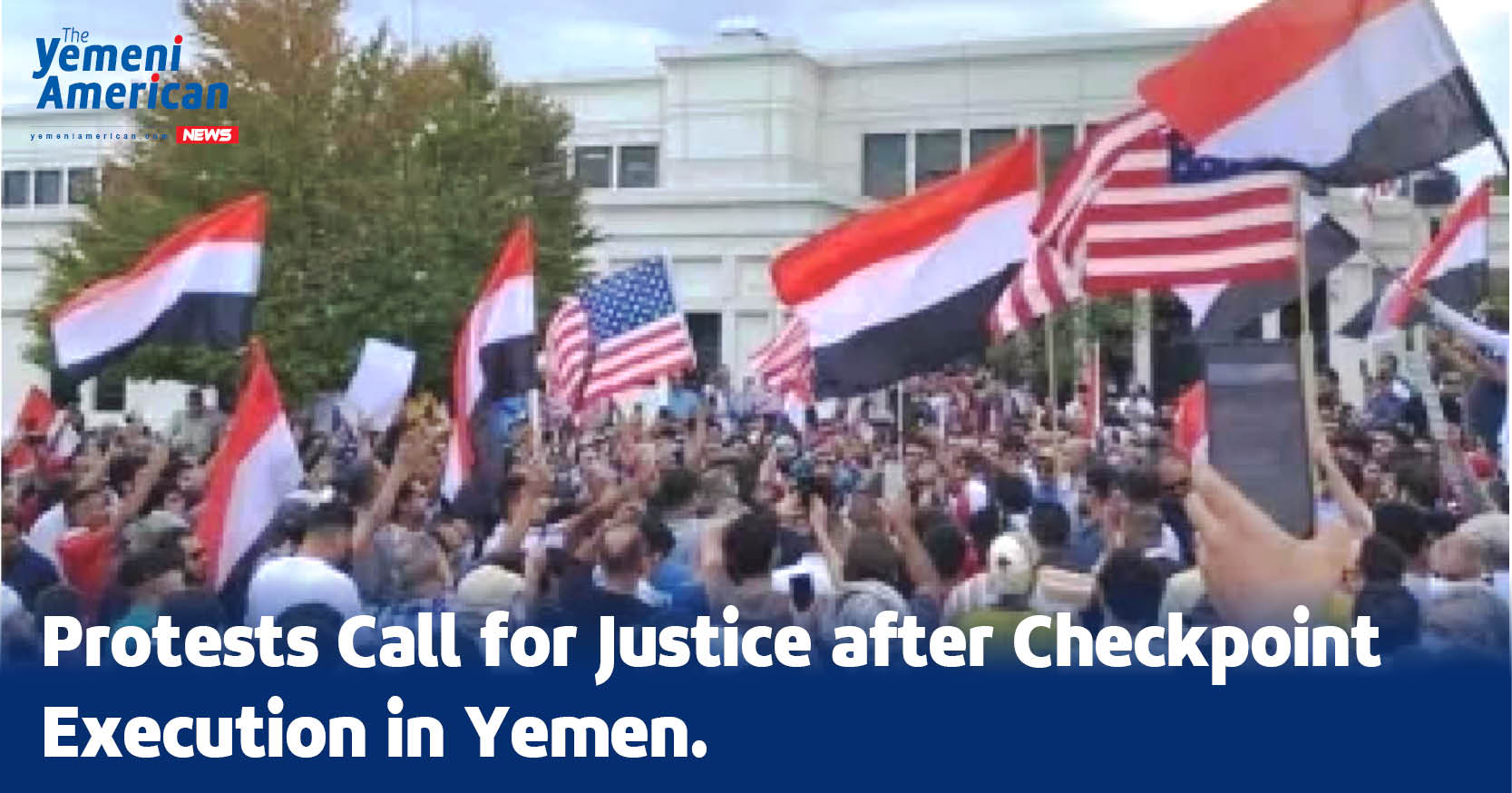 Dearborn, Mich. – Last week, protests sprung up around Metro Detroit’s Yemeni American community over the death of Abdelmalik Alsanabani at a security checkpoint between Aden and Sana’a in Yemen.

For the past eight years, Alsanabani worked and studied in the United States, saving money for his eventual return to his family in Yemen. Often found working gig jobs like Uber driving, the industrious Alsanabani was eventually able to save almost 10,000 to start a new life in his home country, even beginning the process of getting married.

“A young Yemeni man was here in the United States for eight years, going to school and working to provide for his family in Yemen,” said Walid Fidama, an organizer for the Dearborn Protest. “He decided it was time to go visit his family in Yemen.”

An important detail that Yemeni American community organizers want to stress deals with the closure of airports in Sana’a – part of the northern region of Yemen. Alsanabani’s family resides near Sana’a in Houthi-controlled territory.

The only airport open to civilians in the entire country is in Aden, where the headquarters of the Southern Transitional Council (STC) is located. Those who need to travel to the northern regions must pass through a plethora of checkpoints, adding several hours to the short drive.

This was by design, as the Houthi-controlled regions are hostile to the Saudi Arabian government just over Yemen’s northern border.

“The people in the North have to go through the South in order to get to the north,” said Khalil Othman, a local engineer who’s running for Dearborn City Council. “He didn’t know anybody in the south, so he had to take a shuttle with somebody random who didn’t know him or there was no relationship.”

While travelling through this intermediary region of Yemen, Alsanabani was captured, tortured and executed by STC Security. The money he intended to use to start his family was looted. A newspaper – which some in Michigan allege is a mouthpiece for the STC – reported that Alsanabani was an operative for the Houthi militia group.

As news of Alsanabani’s death reached American shores, local activists around Detroit – including the cousin of Alsanabani – sprung into an impassioned effort to demonstrate against the death, calling for those responsible for the execution and looting to be called before a court and brought to justice.

“[The protest] was speech after speech from the organizers condemning the attack, asking the US to take a more serious, primary role, demanding that the killers be handed to the court and prosecuted – demanding accountability for the killing,” Mozip said. “And also lifting the ban on civilian flights to some airports.”

In the protests, people are frustrated with the danger of travelling through Yemen. Mozip calls the closure of Sana’a’s airport an unnecessary and irresponsible precaution, leading to danger like the one that left Alsanabani killed.

As the security situation continues to worsen in Yemen, emigrees from the besieged country continue to remain politically active, keeping a critical eye on the United States’ role in the security and stabilization of their home country. This, along with many other protests, remains a part of life for Yemeni Americans here.

“A group of activists today, they got together, and they formed this protest to condemn what happened to this individual,” Othman said. “At the same time, they’re calling for justice, for bringing all those responsible to justice, so they could serve their time.”