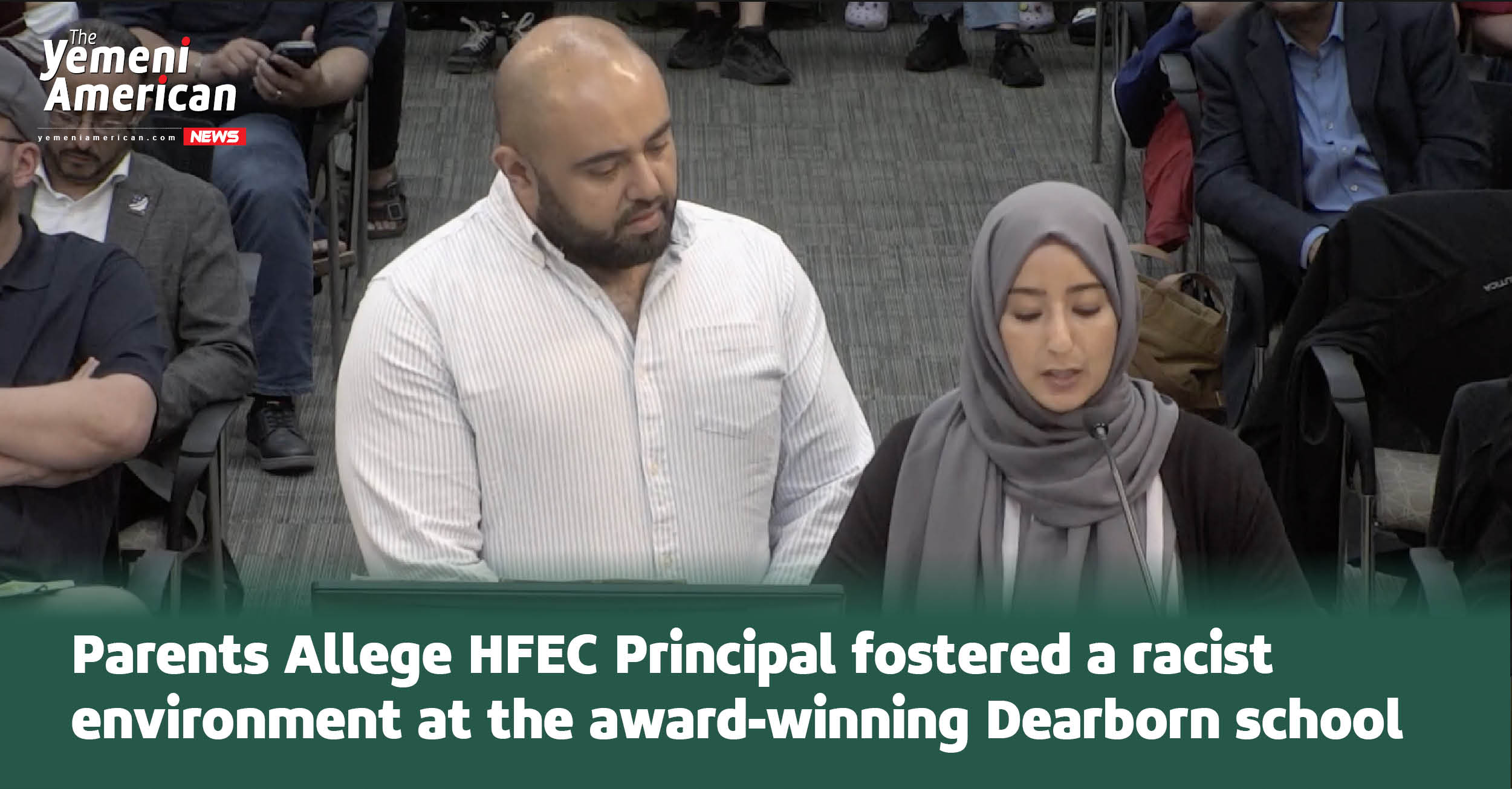 Dearborn, Mich. – Henry Ford Early College is at an uproar after allegations surfaced that the school’s principal made disparaging remarks against Yemeni and certain Lebanese students, as well as a complaint of him physically mishandling another student.

A google doc prepared and shared by Samraa Luqman, a candidate for State Representative in Michigan’s District 3, alleges that principal Majed Fadlallah made disparaging remarks against certain Yemeni students, saying “if you don’t do well, I’m going to send you back to Yemen” and telling a student to thank cafeteria workers for food, because of the famine that’s currently decimating Yemen.

The google drive also details a complaint by one student in which principal Fadlallah grabbed a student by his arms and pushed him against the wall in order to threaten the student after cheating on a test. The student was later expelled from the early college program for what the student says was a mistaken identification and later dropped out of Dearborn Public Schools entirely.

Students and parents at a Dearborn Board of Education meeting last Tuesday spoke both in favor of the principal and against him, with a few talking about how the principal has affected theirs or their childrens’ lives.

“I am the mother of an exceptional student in Dearborn who has been failed by many staff and especially leaders in this district,” said Amal Harhara, a mother who made a public comment at the board meeting. “My son was physically, verbally and mentally abused by your staff member. It was my son.”

To make the meeting more complicated, Luqman’s google doc details a staff member who encouraged students to come to the meeting to speak in favor of principal Fadlallah.

“My son wanted to speak to you directly today but because we have educators and community members who are coming here today to publicly dismiss, ignore or outright erase patterns of ethnic intimidation and racism, I decided to keep him safe and at home,” Harhara continued.

Five students spoke in favor of Principal Fadlallah, allegedly at the request of a district employee. The students who spoke in favor were all leaders in the school, including Ali Barry, the Henry Ford Early College Student Council President.

“As your president of the early college student council, I speak today as a representative of the overall student body and bear witness to the undeniable generosity of our principal,” Barry said. “…He not only promotes fostered ethnic diversity in our school and carries every student to their fullest potential, but he treats every student – every student – as a child of his own.”

In a letter released to the district, Principal Majed Fadlallah says that he has always wanted the best for every student, no matter their race or ethnicity.

“My intent has always been and will continue to be the success and achievement of ALL of my students regardless of their backgrounds, ethnicity, race, or country of origin,” Fadlallah wrote. “My hope is that I have conveyed and projected that through my actions and work ethics.”

However, he also writes that he apologizes for what he calls “dry humor” that was “never meant to hurt anyone.”

“If I every, through words or actions, have made any of my parents, students, staff, or community members feel anything less than the most important thing for me and my work, I apologize,” writes Fadlallah. “Jokes and dry humor were always just that and were never meant to hurt anyone. However, I know I should not have done that. I apologize.”

“I will not be part of the day to day affairs, but I will be concentrating on the big picture,” writes Fadlallah. “I will be guiding the growth and the successful continuation of all of the Early College programs and making them available to even more Dearborn students.”

A letter written Superintendent Glenn Malayko also addresses the issue. In a statement to the district, Malayko asks that residents respect the privacy of Fadlallah while the investigation continues. In the meantime, Marwan Salamey, the former vice principal, will be the acting principal of Henry Ford Early College.

“We want parents to be assured that all of us are committed to working with the entire HFEC community to make sure students and staff have all of the support they need,” Writes Malayko. “Thank you for your continued support of the HFEC, a National Blue Ribbon School.”

Want to talk further about this story? Email our reporter, Simon Albaugh, at simonalbaugh@gmail.com.