No Promises of Arabic Ballots in Aug. Primary, but Hamtramck says they’re well on their way. 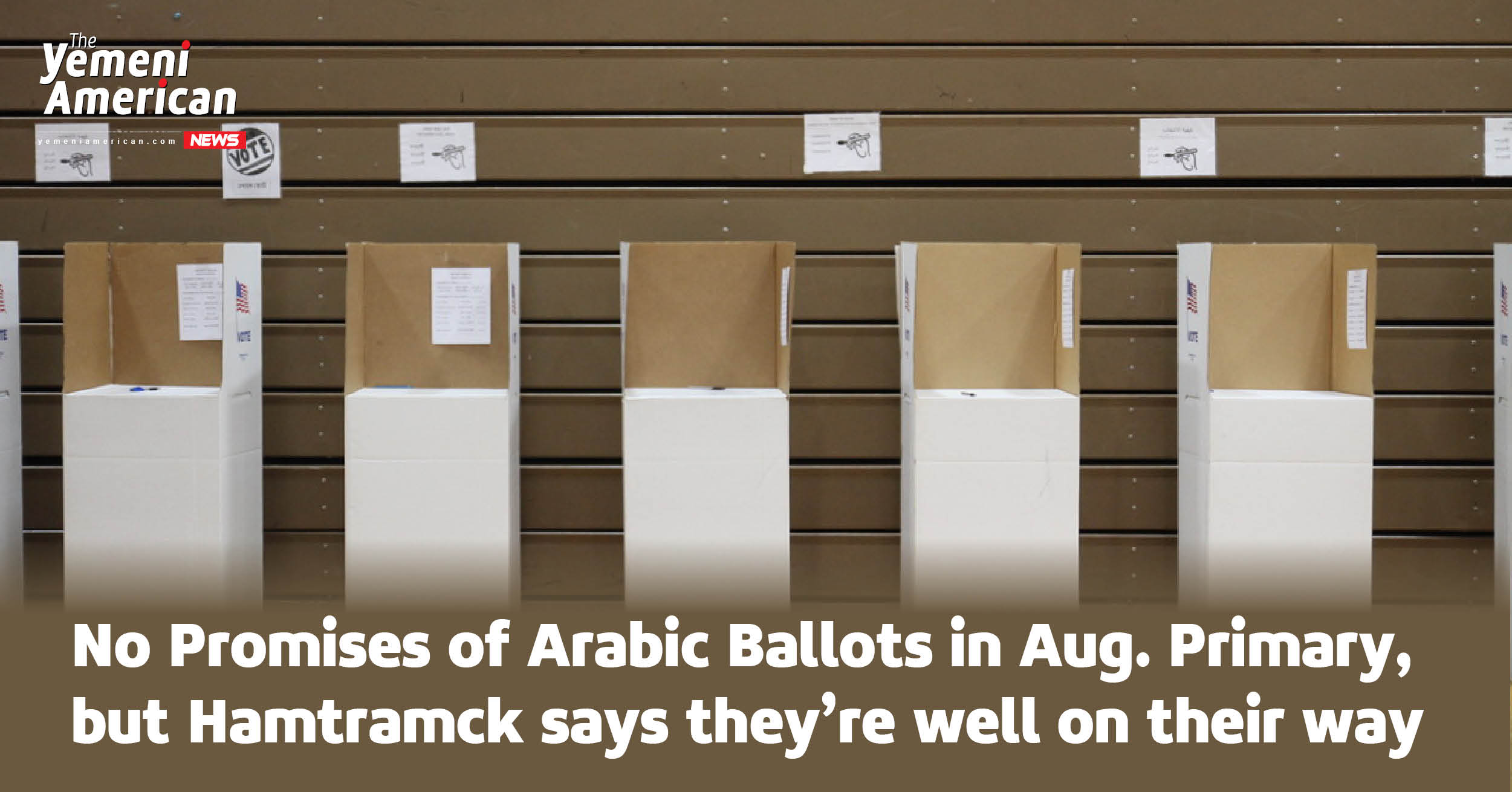 HAMTRAMCK, Mich. – After being passed unanimously last week in Hamtramck City Council, the city’s official ballots will be translated and made available in Arabic, in addition to the English and Bengali ballots that were already available.

City Manager Kathy Angerer said that this process was already well underway before the unanimous vote. The city had already reached out to the Michigan Secretary of State, which oversees elections, and Wayne County government. “So we had already started the process before this resolution came to council,” Angerer said.

Angerer says that it was Dearborn’s decision to translate their election ballots that led to the Hamtramck City Council’s decision to include Arabic language ballots, as soon as available. However, that may not happen for this election.

“Make no mistake, when you do things in other languages, it’s not as simple as Google Translate,” Angerer said. “It needs to be verified again and again. And so we want to do right, we don’t want to come out of the gate charging and have mistakes. So we are doing it carefully and considering everything. And my hope is that we will be able to accomplish this.”

In an interview with the Yemeni American News, Angerer said there wasn’t a promise whether ballots would be available for the 2022 primary election or not, saying that the city must work with various vendors in order to make sure that the election materials are available on time. If an Arabic translation is approved before the final deadline for election materials, then it could make the next election. However, “that timeline exists from the Secretary of State,” Angerer said “We don’t create it.”

“All we can do at this point is work with those entities that I mentioned and do everything possible.”

Hamtramck is home to a diverse population, with an estimated 60% of households in Hamtramck having at least one person with limited English proficiency, according to US Census data. The most common languages other than english are thought to be Arabic and Bengali, both of which will soon be featured in translated ballots.