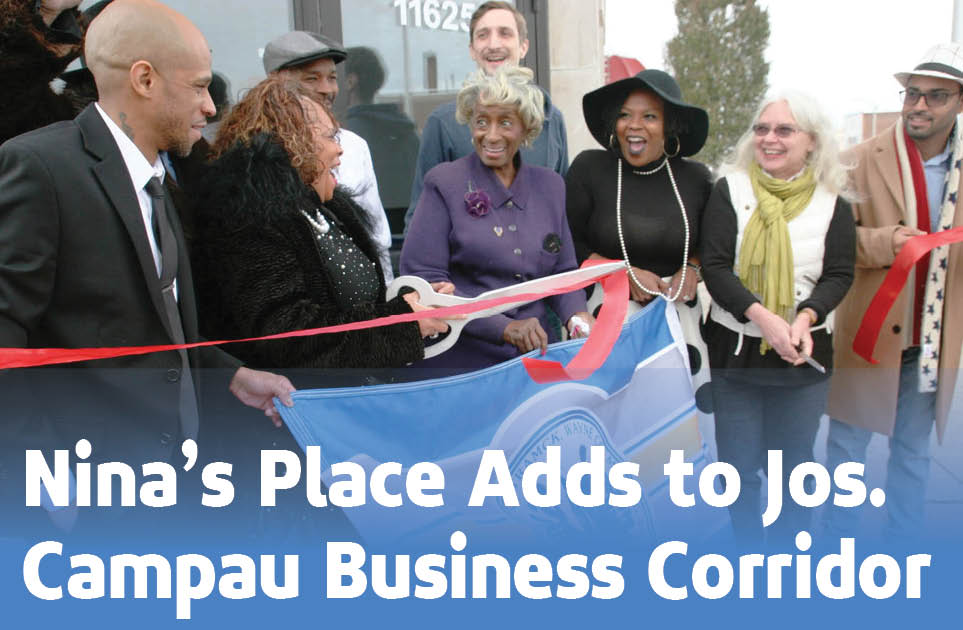 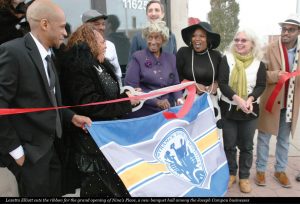 Nestled into a corner storefront of Joseph Campau’s line of businesses is an elegantly-styled banquet hall. It’s newly renovated, with beautiful masonry on the fireplace, while still remaining loyal to its classic charm. This is one of the budding businesses, owned by a family of Entrepreneurs new to Hamtramck.

Nina’s Place is a banquet hall for any event. And even though it opened recently, there’s already bookings, events and parties reserved for the space. “I’ve had four calls already asking to rent it out for Thanksgiving,” said one of Nina’s owners Lazetta Elliott.

Lazetta and her husband Michael are part of the family who work together on the business. They’ve spent the last six months getting the space ready.

Michael explained all the work that went into building the space for its opening. He and his son crafted the fireplace. And a crew came in to restore the floors.

Before the family restored the building, Lazetta described what they found before the work started. “It looked like an old basement,” she said.

The idea of a banquet hall isn’t new to the family. Aside from the months of work restoring the building, a banquet hall has been on their mind for almost a decade. “I’ve always wanted a banquet hall,” Lazetta said. “And I wanted something that I could leave for my family, my children.”

Everyone in the family has a role. For example, Larry Cooper is in charge of all the marketing. “It definitely feels like one big pie and we all have a piece of it,” Cooper said.

Hamtramck seemed to be the right place. During the work, Michael and Lazetta said people would stop by to talk or see the progress on the space.

“We were here from the beginning, doing everything and the people would stop in,” Lazetta said. “They’d wave, they’d do thumbs up. And they are very, very friendly. I have not met one person who was not friendly. And I just love that.”

During the grand opening, people from all over the Hamtramck community stopped by to see all the work finished.

“This place is so lovely and so elegant,” said Mayor Karen Majewski. “You can have a classy event on a relatively small scale. So I think there will be a lot of interest in a business like this.”

“It’s businesses like this that we feel is what Hamtramck is and what makes us a city,” Mayor Majewski said.

The owners of Nina’s Place are excited for Hamtramck. They’ve already prepared some events for the community, like Brunch with Santa on Dec. 15. And of course, they’re open for reservations.

“Our goal is to support a community and hopefully do some different things,” Larry Cooper said. “So everything we’re going to do is definitely going to be involving the community.”