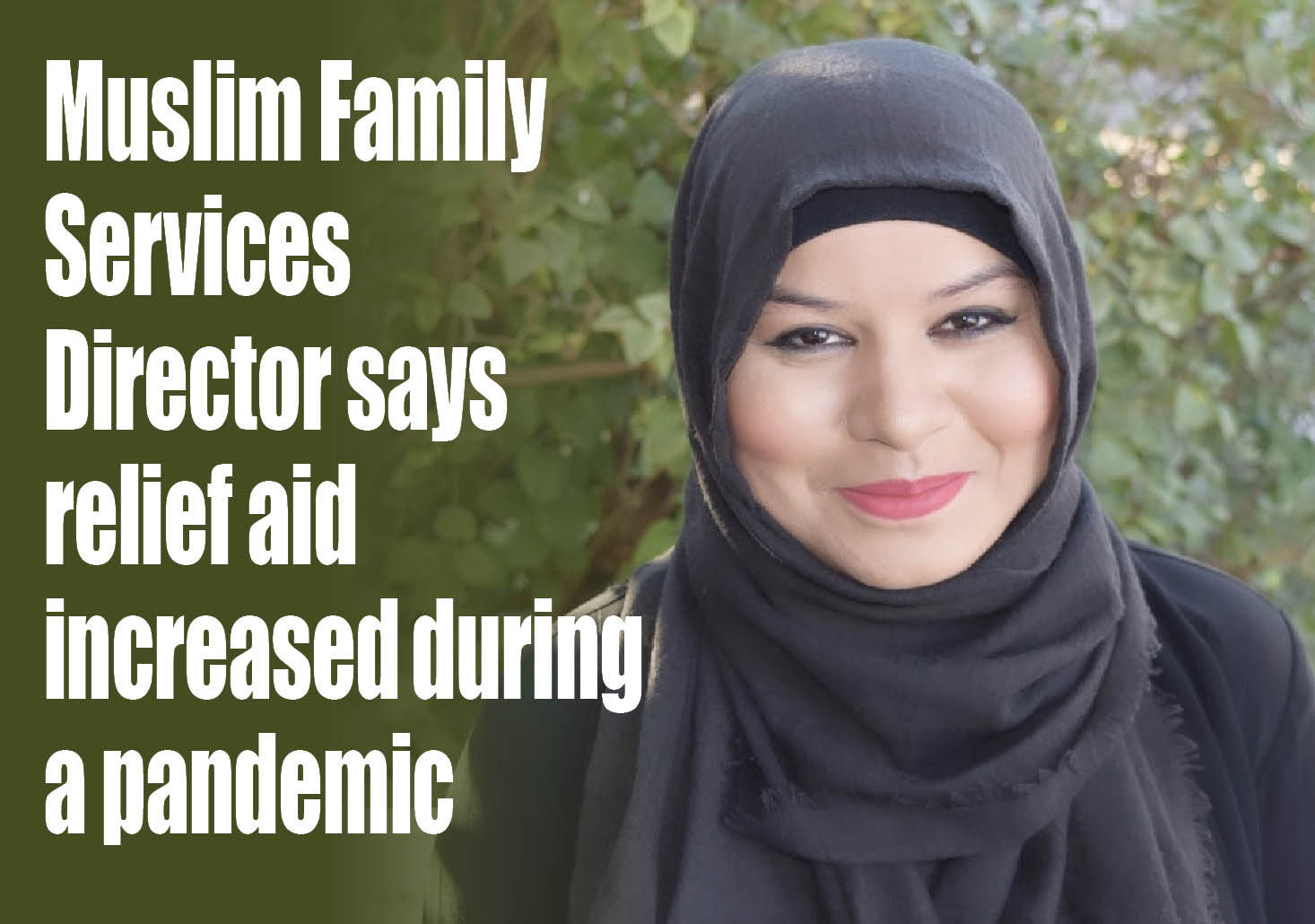 At the height of the pandemic Summi Akther, the Director of ICNA Relief Michigan, also known as Muslim Family Services, was up and out the door before her sons, 16 and 11-years-old, were awake. She’d return just before they headed to bed. The faith-based nonprofit relief agency provides resources to underserved communities like food services, transitional housing, refugee services, and disaster relief.

“Our work has increased tremendously during the pandemic. We went from serving 1,200 individuals in January to serving 12,000 individuals in July through our Hunger Prevention [program],” she said, prompting Muslim Family Services to temporarily move their pantry in Detroit off of McDougall and Carpenter, down the street to the Islamic Center of North Detroit (Masjid Al-Falah)’s gym.

Along with hosting more food drives, stocking up on food pantry items, and distributing meals during Ramadan, Muslim Family Services provided financial assistance to families before the stimulus and unemployment checks were issued due to the pandemic.

Akther says immigrant families who do not qualify for food assistance or Medicaid suffered the most. “Their families lost employment or did not have employment and it became more difficult during the pandemic to find employment,” she said.

The agency also assists with funeral assistance and counseling. 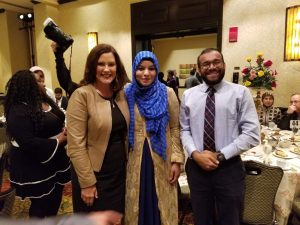 Akther was born in Bangladesh. Her family moved to Queens, New York in 1994 and then Hamtramck, Michigan in 1999, around the time of the “second migration,” when thousands of Bangladeshis moved en masse to Michigan for better job opportunities, affordable housing, and a relaxed lifestyle compared to the hustle and bustle of New York.

She says she’s grateful to her parents who, “left everything they knew and started a whole new life in an unknown land just so that my [two] brothers and I could have a better future.”

“I grew up in both New York City and Hamtramck… two culturally diverse cities, which have contributed to my personality and cultural upbringing, giving me pride in being a Muslim Bangladeshi-American,” she said. “It has helped shape me into who I am today: a determined, strong-willed person,” she said.

Giving back to those in need

In 2008 Akther began volunteering for Muslim Family Services, leading to a part-time position in 2011 as a program coordinator. She then became the office manager in 2015 and was later promoted to the director and the regional director for the Women’s Transitional Housing program in 2017, when the previous director retired.

“I was shocked, and honored at the same time,” said Akther, referring to her expanding roles.

“Being a Muslim woman in a male dominated industry, I had to prove that I can handle the challenges this position comes with. Alhamdulillah, I faced the challenges head-on and won the confidence of those who had faith in me and gave me this opportunity.”

She says as a mother she tries to strike a balance between being there for her family and community.

“When my children were younger, it was difficult at times especially when the nature of this work is so demanding. This isn’t the average 9 to 5 job; we are always on duty because the need is always there. Although this work is important, family is also important, especially motherhood, it can be hard at times to find the balance… All we can do is try our best and trust in Allah,” she said. 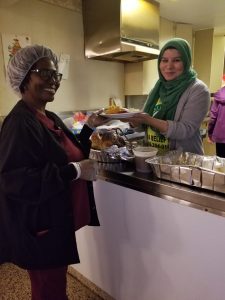 One of the nonprofit’s newer projects is Rahma House, a transitional home for displaced women and their children, which is renovated and ready for operation pending city approval in Detroit. It’s an extension of the existing Sakinah House for single women only, says Akther, which has been up and running since November 2013. It has served over 140 women since its inception.

“We saw there is a great need in the community for a housing program for single mothers,” she said.

The program provides resources for women to become self-sufficient through financial literacy and life skills classes. “The primary goal of the program is to provide housing so that our clients can learn to take care of themselves and their children. We encourage our clients to seek employment, learn financial literacy, and acquire independent housing.”

Muslim Family Services’ website says, many of the women housed, “have experienced either emotional or physical abuse as well as neglect. Many are underemployed or unable to obtain affordable housing.”

She says although the nonprofit is faith-based, it’s for all people, “regardless of their belief or citizenship status,” she said. “As a citizen of this country and a Muslim American, it is my duty to represent what is good… I find it very satisfying to help my community.”

She says her mentors are her parents, her cousin and role model Raihan Akther, “who is caring, compassionate, and is always there for others,” her husband Kamal Rahman who is like an older brother, and Malika McDonald, Director of  ICNA Relief’s National Transitional Housing programs, “whose resilience, kind, compassionate nature is what makes her a great leader.”

Akther says it’s important to give back as Muslims by volunteering or working. “It helps create a footprint and reminds everyone that Muslims are an integral part of this society, and despite the contrary belief, we can be Muslim and love our country at the same time.”