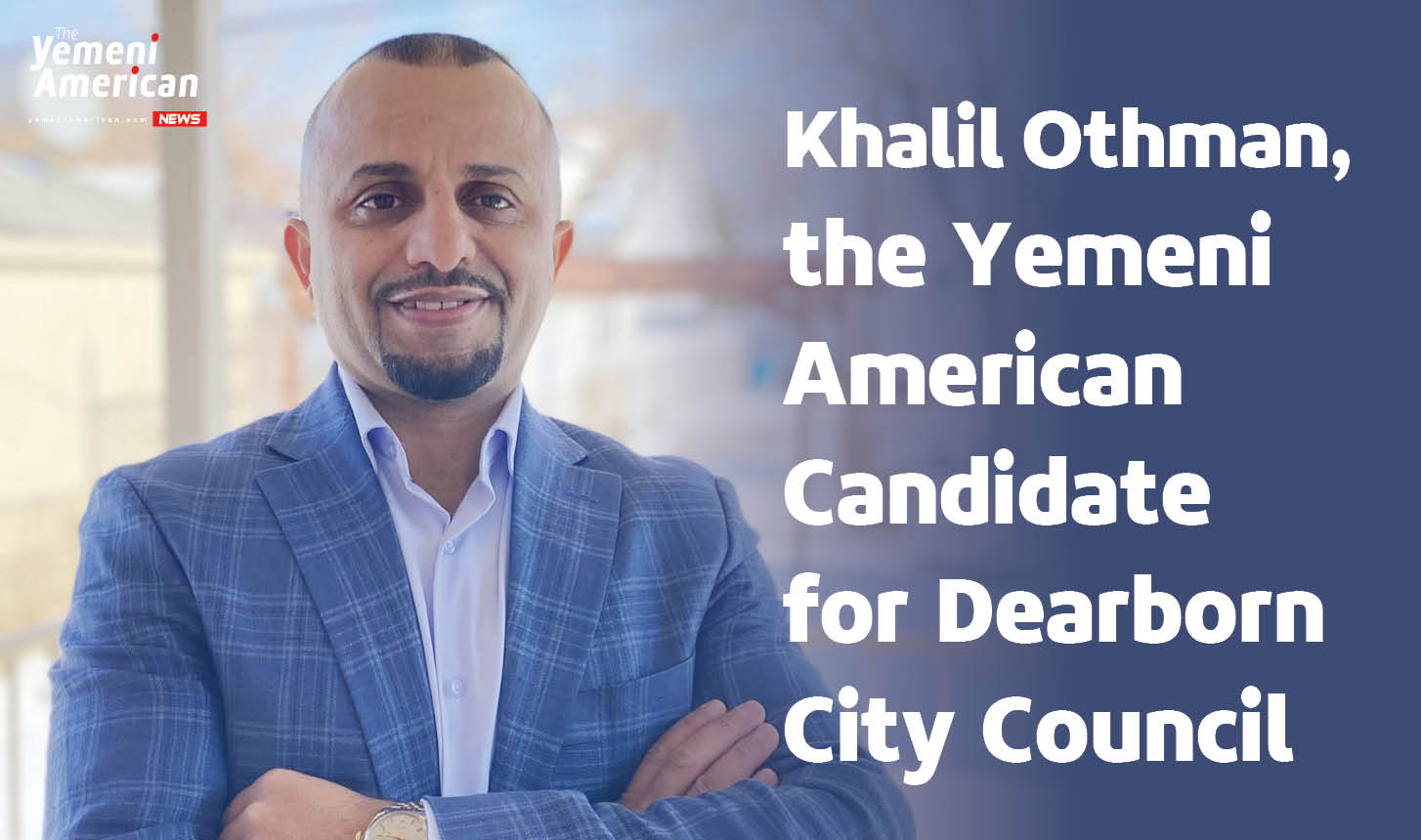 Dearborn, Mich. – It’s the start of the campaign season, with primary elections coming for Dearborn City Council on Aug. 3 of this year. As the candidates for the reopening City Council seats begin to announce their campaigns, there’s going to be a long list to fill the seven seats either for re-election, or with new candidates battling for the office.

Khalil Othman is a member of the broader Yemeni American Community, and a serious contender for the open position on Dearborn’s city council. An IT and software professional for one of the largest automakers in the world, he’s also an active participant in city affairs as a commissioner for the Parks and Recreation Department.

Othman is also one of the first Yemeni Americans in Dearborn to make a major announcement for their campaign for City Council. Although he’s not the first to be elected into public office – that title goes to Adel Mozip, who sits on Dearborn Public Schools’ Board of Education – Othman is among the most promising candidates for the job.

“I think the concerns that Yemeni American community has, obviously overlap with other communities in the city. But everyone knows that the east side of the city and the south side of the city are not represented well, and council or even any other office. So I think he’s going to bring those issues to Council, making sure more people’s voices are heard on on the city council, and it’s well, representatives of the entire community.

He’s a candidate who many are calling the most qualified for the job. As an émigré from Yemen, he raised his children as he pursued his bachelor’s and then master’s degrees Computer Science and IT.

Despite the race just beginning, Othman has established his initial priorities on some of the concrete issues he sees affecting Dearborn. Those include tackling the high property taxes, supporting seniors and lowering the water bills.

“So my job will be to help all of residents first,” Othman said. “That’s why they have trust for me to go to that office and take that seat and start making a change that will benefit them and impact their daily life.”

Abdulhakem Alsadeh, who is on the executive board of the Yemeni American Democratic Caucus. Although Alsadeh has immense respect for Khalil as a candidate, he says that the YADC is waiting to announce their endorsement for a candidate until more people announce their campaign.

As the election for Dearborn’s City Council comes closer, all eyes will be on the Yemeni Americans who enter the race for the council’s available seats.