By the Yemeni American News

Detroit, Mich. – The internet has done some good things to Belle Isle lately. Over this weekend, groups organized through Facebook and Reddit have worked to fill the gaps left by State Park staff by cleaning the Island.

Today, a group – composed primarily of unemployed restaurant workers – have decided to organize a cleanup for the park.

“I just came here last week, after Memorial Day and saw how dirty everything was and that the trash hadn’t been picked up,” said Chelsea Schroeter, an organizer of the cleanup. “All my friends like to hang out here, so I thought, why not keep it beautiful?

Because of the risk for State employees to contract COVID-19, Belle Isle State Park employees haven’t been able to empty trash cans in the park. Memorial Day weekend was also an exceptionally busy day, with people celebrating the day off work leaving a lot of trash in the park.

Without the State employees, the park has been struggling to maintain. Even before Memorial Day, trash had been piling up throughout the nicer days.

A post on Reddit pointed out that this became a serious issue after the nicer days of last week.

“I went there with my wife on Wednesday before work,” said an organizer of one of the cleanups. “Walking around, we saw a lot of trash everywhere – plates, to go boxes, bottles, food. I was happy we didn’t bring our dog because we would likely not be able to control himself around the large amounts of food on the sidewalks.”

Rebecca Phoenix fills a dumpster during the Belle Isle Cleanup on Monday. Many of the volunteers were unemployed restaurant workers who had the time and desire to clean the park.

Many people coming to the cleanup were protesters who were waiting for the Black Lives Matter Protests to start. They came with trash bags and gloves, while some even brought masks to protect themselves from the risk of contracting the Novel Coronavirus.

Many of the people cleaning the park today were unemployed restaurant workers. They said that they intend to keep doing this, so long as they have the time.

“We have a lot of free time right now because we work in restaurants,” said an unnamed volunteer. “So hopefully we’ll have free time to keep doing it when we do go back to work.”

Gov. Gretchen Whitmer has announced that restaurants will be opening back up on June 8. This will offer many workers in the service industry and opportunity to find some economic reprieve. In the meantime, hopefully the park will be able to stay taken care of.

The publisher of the Yemeni American News, Rasheed Alnozili, also participated in the cleanups. 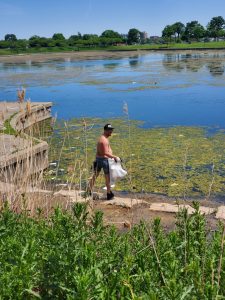 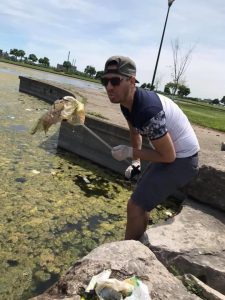 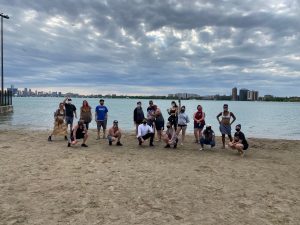 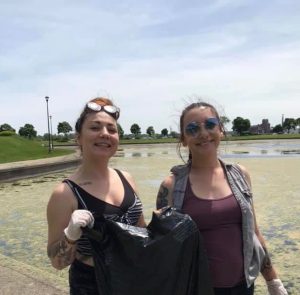