How Trump’s Campaign is Looking to Win Michigan Again 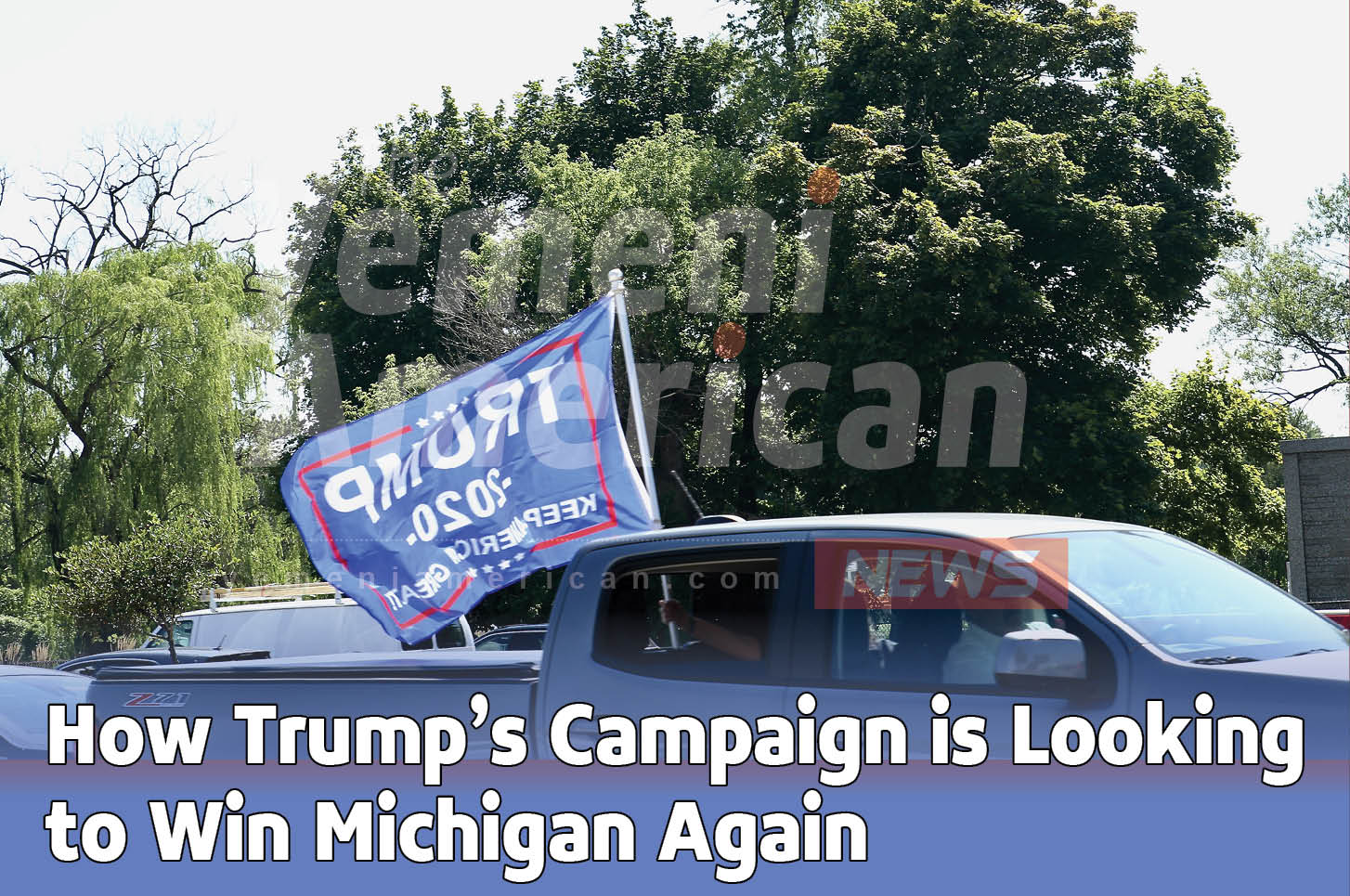 Back in 2016, then-candidate Donald Trump stood at the podium of the DeVos Center in Grand Rapids, Michigan. He wanted to talk about the state as though it were about to change history. In Trump’s preference for grandiosity, he appealed to the voters sitting in front of him, just before 1:00 in the morning of election day.

“Michigan now stands at the crossroads of history,” said Donald Trump, just before he was elected president. “If we win Michigan, we will win this historic election. And then, we truly will be able to do all of the things we want to do.”

This longtime swing state was at the center of the Trump campaign’s strategy to win. While the state reliably elected President Barack Obama in 2008 and 2012, it would eventually show something else in 2016. In a way, as polls would close later that day, the results rewarded the campaign that gave Michigan the most.

For the past four years, studies have been conducted to understand exactly what happened. At the center of all the reports, Michigan stands out as a deciding factor, or the final nail in the Clinton Campaign’s coffin.

Looking at the county maps of election results, it’s easy to see the divide between urban and rural communities. Most of Trump’s campaign speech on Nov. 8, 2016 talked about the loss of industry, the political elite, and the powers that be, moving jobs away from Michigan. He was speaking to the working class “outsiders” of America, telling them all exactly what they wanted to hear.

Appealing to blue collar workers wasn’t just good campaigning. It was carefully orchestrated by the numbers, in order to maximize Electoral Votes.

Winning the Presidency was a Numbers Game

In most studies of the 2016 campaigns, they say there are four states that ultimately decided the election in favor of Trump. Those states all had two things in common: the vote was decided by a difference of less than 2%, and they awarded Trump 16% of the entire body of electoral votes.

This electoral vote layout is what allowed the president to be decided against a popular vote. But as reported by Politico a full month after the election, the role of analytics goes a little deeper than this.

According to national reports, the Clinton Campaign had an over-reliance on faulty models for deciding where their efforts were most needed. Clinton campaign aides would assume that they would easily win a certain state because the models would simply say so. Although those same models said that Clinton would win Michigan in the primary – a state that Bernie Sanders won back in 2016 – the confidence in those models remained until Donald Trump won by 10,704 votes (2,279,543 by 2,268,839).

Sensing a lapse in Clinton Activity, a Michigan Republican operative named Terry Bowman suggested appealing to “union and blue-collar workers across the state.” In the next internal party elections, Bowman was elected Co-Chair of the Michigan Republican Party, showing that his suggestion of appealing to rural voters in Michigan was instrumental in a Trump Victory.

There’s a lot that the Clinton Campaign didn’t do, while the Trump campaign was happy to pick up that slack. Republican events in Michigan were almost double that of Democratic events for 2016. Now, it appears that a lot of those same efforts are going back into his campaign for re-election.

One of the major marks of Trump’s campaign in 2016 was a massive online effort, focusing on short, easy-to-read social media advertisements. Since the Michigan Primary for the Democratic Nomination in 2020, there have been well over 50,000 advertisements for Trump’s reelection that have circulated through Michigan residents’ Facebook feeds.

Facebook’s online ad tracker, adlibrary, shows the massive effort has compelled over 1 million people in Michigan to engage with Trump’s political advertisements. Meanwhile, Biden’s campaign only has around 10,000 advertisements that have circulated through Michigan Facebook feeds for the same period.

This may not mean much for Donald Trump’s chances in Michigan, as his popularity in the state is dwindling in the rural base for the predictably Republican counties of the state.

“I did some traveling up the west coast, in the Grand Rapids area and through Mackinac and the Upper Peninsula,” said Joseph Barrajo, a progressive-leaning activist. “And I can say that I found as many Biden signs as I did Trump signs.

“To me, the western part of the state is the conservative part, as is the Upper Peninsula. And for me to see the number of Biden signs in those areas, I think it’s telling.”

Just as in 2016, Michigan may be at a crossroads. Maybe the ones at the fringes of Trump’s base think differently now, or maybe the base is as strong as ever in this state. Still, the country knows what it got back in 2016. The question is whether the country wants all of that again.