How COVID-19 Has Changed Voting in Michigan 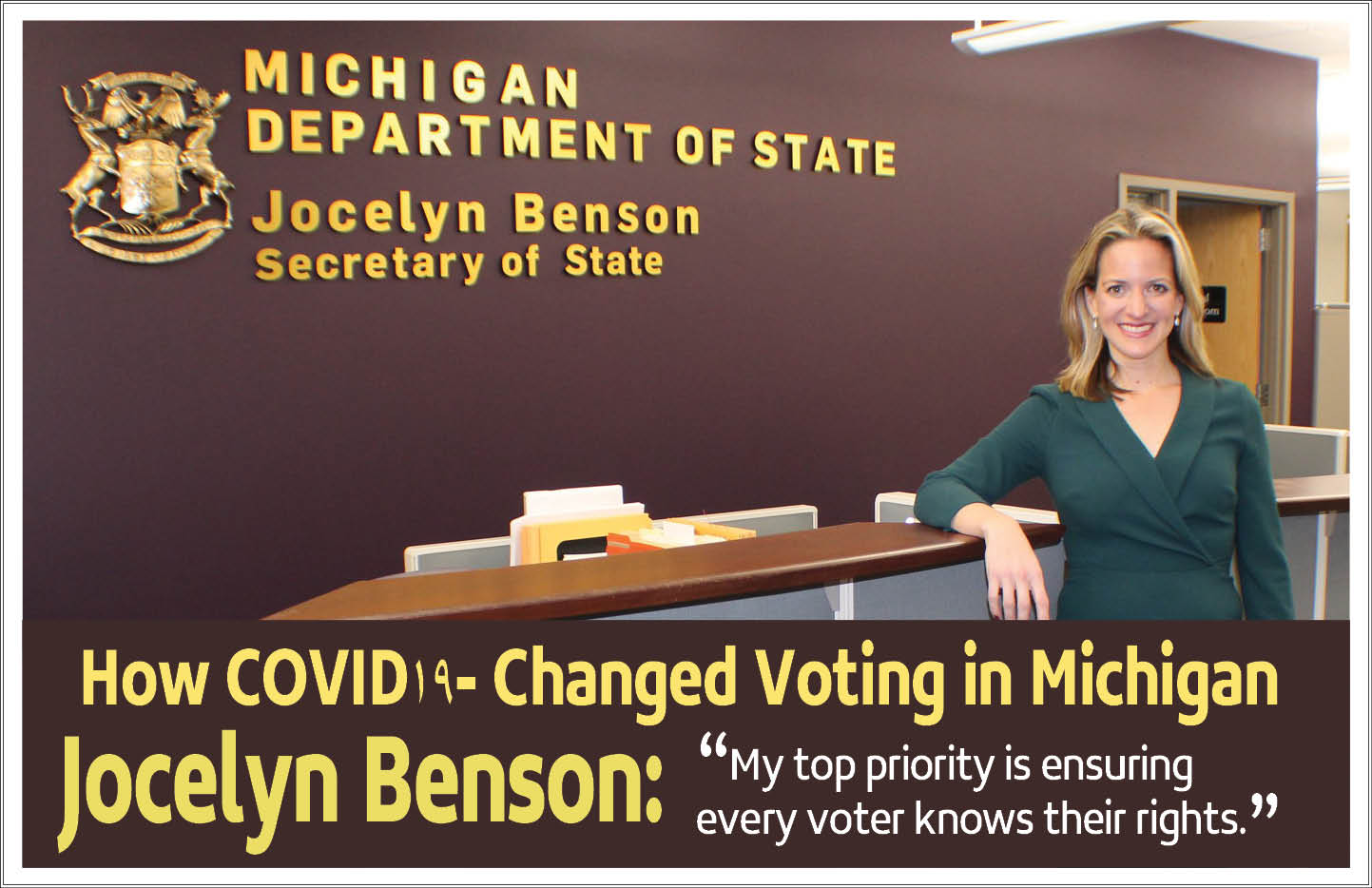 (Correction: An earlier version of this story mistook the absentee ballot applications that Michigan’s Secretary of State sent to registered voters for the ballots themselves. The current story reflects the correct information.)

Dearborn, Mich. – Last week, Michigan’s Secretary of State Jocelyn Benson sat down to listen to members of the Arab American Community in Southeast Michigan. The issues raised by members of the Community ranged from implicit bias at polling locations to allowing poll watchers to provide a safe environment for Arab Americans to exercise their right to vote.

The listening session, part of a series of efforts by Michigan’s Secretary of State Jocelyn Benson, works to connect historically excluded communities with experts in the process of voting. And voting during a pandemic has everyone wondering about the process.

Despite a number of crises that have arisen throughout the year, voting will remain as essential of a civic responsibility as ever. Still, there will be some changes as polling stations work to limit the spread of the Novel Coronavirus and City Clerks prepare for more absentee ballots than ever before.

Voters, too, should expect to see changes in the process, as the Secretary of State encourages as many people as possible to vote-by-mail. By any means, this year will be different.

The Secretary of State’s Response to COVID-19

Michigan voters should remember when the secretary of state announced absentee ballot applications for every registered voter. Since that point, the viability of mail-in ballots has been hotly debated, with president Trump saying it enables voter fraud.

“Voting by mail is incredibly safe,” said Tracy Wimmer, Secretary of State Communication Director. “It’s accurate, it’s secure. There are multiple states that had no reason absentee voting similar to what Michigan now has, and they’ve been doing just fine.”

According to Wimmer, there’s a misconception that mail-in voting favors a specific party, something that she says has now been disputed with better research. Still, this could explain why President Donald Trump may have amped-up his rhetoric surrounding the process.

Mail-in voting is incredibly safe, according to those involved with the decision. In fact, there’s been only one case of voter fraud in Michigan over the past eight years.

Back at the Listening Sessions, these issues were talked about, including how to bolster voting engagement. But according to Secretary of State Jocelyn Benson, the focus now will be on ensuring that everyone’s rights are understood.

“My top priority as Secretary of State is ensuring every voter in Michigan understands their rights and how to exercise them, particularly in communities with historically low turnout,” said Secretary of State Jocelyn Benson. “Having these conversations has been critical for our team to better understand the obstacles these voters have faced so we can address them head on.”

Looking at the concerns from the listening sessions, people are concerned about their right to freely vote for the candidate of their choice. One member of the public who commented mentioned that in their past experience, being visibly a follower of the Islamic faith can be an easy way for election workers to have implicit bias about matters like citizenship.

And for a community that has lost trust in a country that attempts to illegally surveil mosques, voting itself becomes an extension of that mistrust. Solutions for these issues, like asking mosques to host voting precincts, as one community member suggested, are attempts to work out decades-long issues in America’s civic culture.

These individual concerns wouldn’t have been expressed without meetings like these. But in the meantime, it’s a matter of waiting for voices to be heard.

How Voting Will Change in 2020

On May 5 of this year, Michigan saw a great experiment in how elections will be run. While during the height of Michigan’s Coronavirus Epidemic, voters sent in their ballots at a record rate, with the Secretary of State’s Office seeing the effort as a total success.

Expect more messages encouraging vote-by-mail. And for those who intend to vote in-person, the Secretary of State has been spending a lot on supplies to slow the spread of COVID-19 at polling stations.

“People will see that things will be socially distant,” Wimmer said. “Things will be frequently cleaned, every election worker will be wearing a mask, even though voters are not required to wear masks at polling locations. But we are still strongly encouraging them to do so as well. So a lot of precautions will be in place.”

No matter what happens, this year’s election will be different. And despite criticism from the national stage, it does seem like Michigan’s Secretary of State is trying to stay on top of it.