How a Yemeni new comer is making his own American Dream 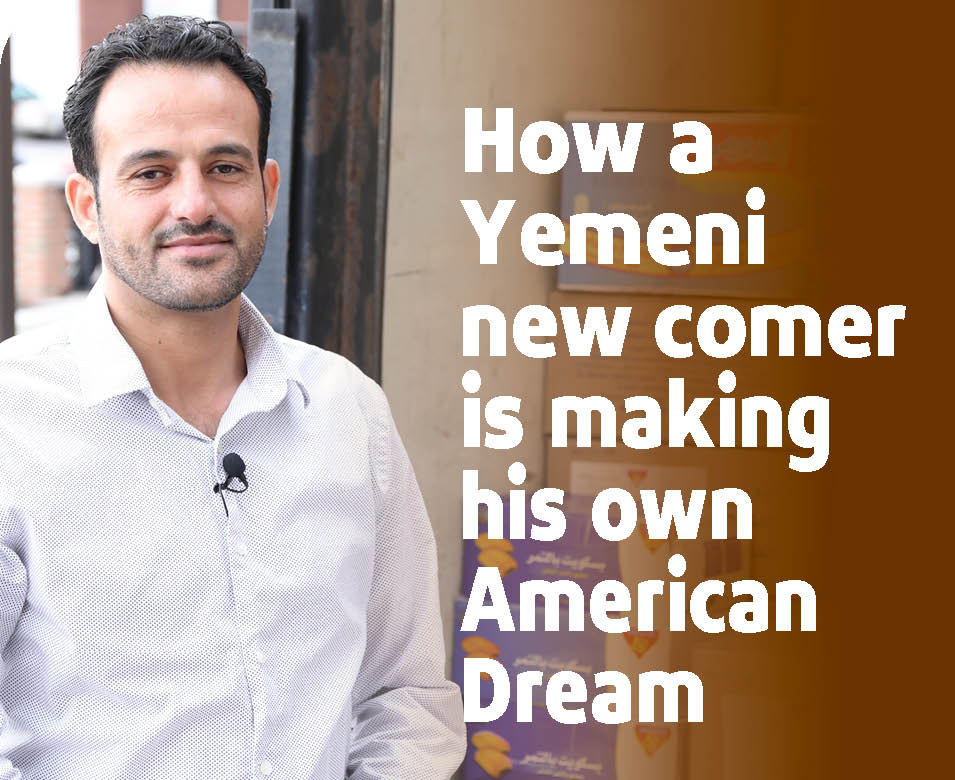 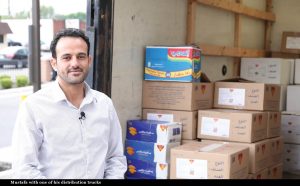 Immigrants’ stories in America are familiar – seeking opportunities and safety in their new home while contributing to their community and acclimating to the culture.
Still, in many ways, every immigrant story is unique – the struggle, perseverance and perception of this new home is always its own experience.
Mustafa Ahmad is one of thousands of newcomers from Yemen, but he is forging a path for himself in pursuit of the American dream.
Moving to the United States was not in Mustafa’s long-term plans. He had visited the country several times, but had a decent job in Saudi Arabia distributing groceries wholesale. He had started a business project in his native Yemen.
Then, the war happened, changing his life as it has to almost every person from the country. Mustafa was let go from his job, and with violence raging at home, his business faltered. He moved to the US in 2017.
What Mustafa did not know is that he would continue the same kind of work he had to leave in the Gulf kingdom.

Trust
Mustafa is not 39 years old. His journey started when he first moved to Saudi Arabia at age 19, which prevented him from continuing his education – a fact that still seems to bring him pain.
His early days in the US were difficult. He worked at a carwash in Detroit often struggling to meet the needs of his family. Mustafa is married with two kids.
But the opportunity finally came. He started working as a distributor at a warehouse for groceries and slowly started working towards having his own business.
Now he owns a truck and regularly brings good from New York to sell them to grocery stores locally, using a temporary food storage facility owned by a friend who works in the field.
Mustafa says success is easier in the United States compared to Saudi Arabia.
“If you are honest and you work hard, it is much easier here than other places,” Mustafa said.
He started with a small capital, but he has strong relations with vendors and business partners.
“It is not much, but it’s enough for now. The people I work with trust me, and that’s important,” he said. “I buy goods from New York and sell them here, and then take goods from here to sell in New York – and so on.”

Dream
Mustafa does not want to stop here, however.
“I dream of starting a company,” he said. “America is the land of opportunity and I have faith that I will realize my dream.”
It’s a 12-hour journey from Detroit to New York, so Mustafa times his trips to arrive on time for business.
Mustafa buys his goods to match the season. For example, in time for the holy month of Ramadan, he brought dates, juices and other foods typically consumed during this time.
Asked what he was most surprised about after moving here, Mustafa said he did not expect to stay in the same line of work that he was forced to leave in Saudi Arabia. “I found what I had been looking for. I owe my success to god and hard work,” he said.