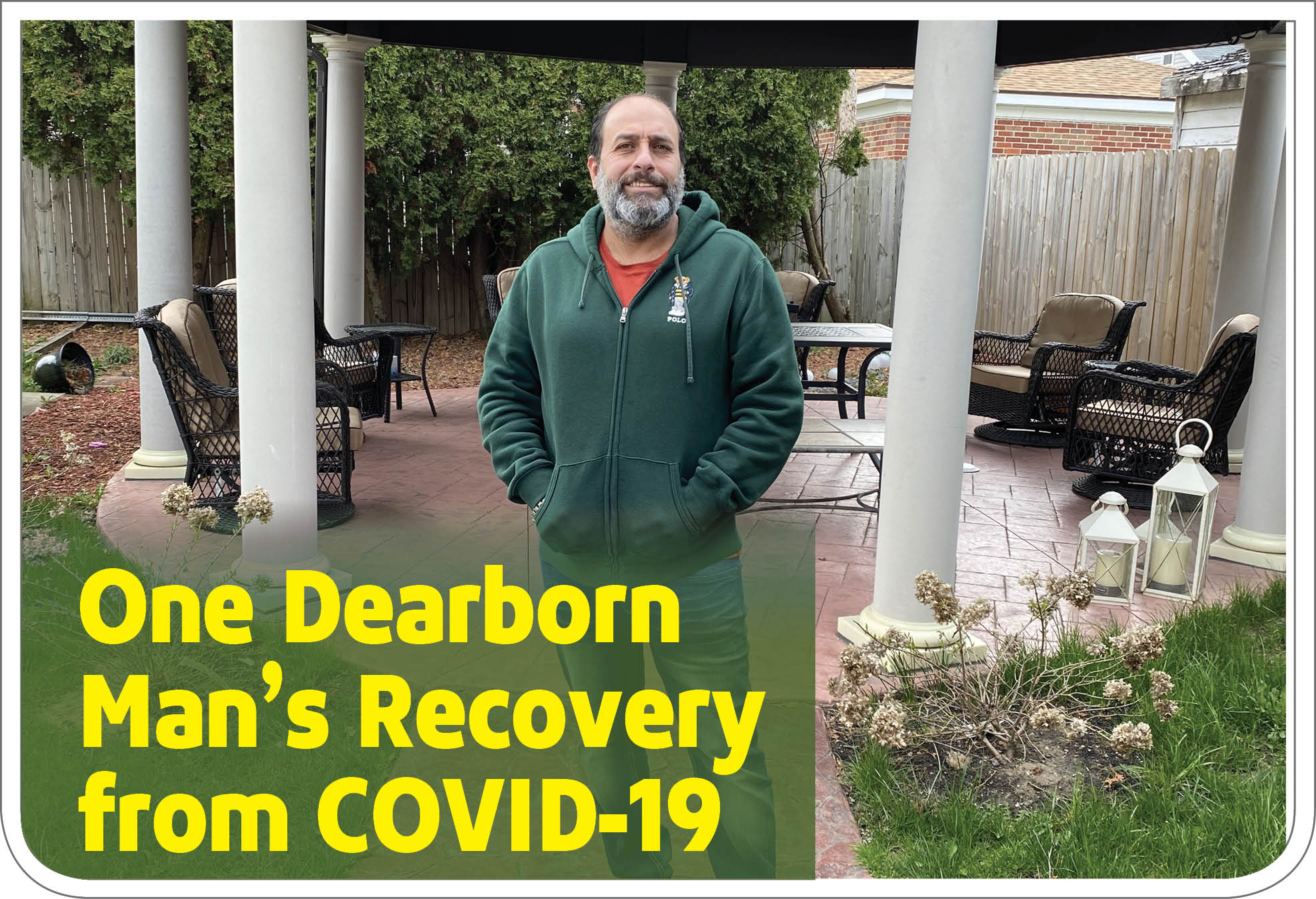 Three weeks ago, Maher Saleh felt healthy. In fact, he felt more than healthy. Lucky enough to continue working at his convenient store and gas station in Port Huron, he even felt well enough to help care for his five kids. But that was three weeks ago.
Like many people now, Saleh contracted the illness associated with the Novel Coronavirus. In an interview, he talked about the progression of his symptoms, starting with what Saleh assumed was the slightest fever.
“The first two days, I had a fever,” Saleh said. “And I didn’t really think it was, you know, a high fever or anything. So I went to work and, all of the sudden, I start feeling really hot and cold. Hot and cold.”
According to the Center for Disease Control, the first symptoms of COVID-19 – Fever, Cough or Shortness of breath – can appear somewhere between two days and two weeks after exposure to the virus. The virus can spread through breathing in particles with the virus, through someone coughing close to you.
The virus can also be spread through touching a surface with particles of the virus and then touching your eyes, nose, or mouth.
At Saleh’s convenient store, he and the staff took every precaution to prevent the spread of the Novel Coronavirus. Saleh says they disinfected every surface and wore masks and gloves – all precautions that the Center for Disease Control recommends in order to maintain the health of critical workers.
“You would have never thought it would happen to you,” Saleh said. “Even with all the precautions. But you wake up one morning, and you’re the one.”
Saleh’s store in Port Huron shows that his was one of 211 cases in St. Clair County, where Port Huron sits. Most confirmed cases in Michigan sit in Wayne, Oakland, and Macomb County, according to the Johns Hopkins University Coronavirus Resource Center.
Saleh lives in Dearborn, a city in Wayne County – the county with the sixth highest rate of COVID-19 infection in the United States at over 12,000 cases. As of Apr. 15, the next highest rates of infection are all in New York State and Illinois.
“The second two days, I tried to get up in the morning and I couldn’t get up,” Saleh said. “My whole body was aching. I told my wife, something isn’t right. I’d never experienced anything like that. I mean, I’m a healthy guy.”
For the next two weeks, Maher Saleh says that he stayed exhausted, couldn’t breathe, and had to recover in a room completely secluded from the rest of his family. His symptoms made him struggle to breath so much that he said he would’ve given anything to take one clear breath.
According to respiratory physician Dr. John Wilson, part of the effect of the virus is its ability to damage and inflame the various components of the lung. This damage then makes the lungs extremely sensitive to particles like dust, that can induce coughing much more easily.
This, in turn, is how the virus spreads. It’s best to think of a virus as a living thing that reproduces just like other living things. One of the features of the Novel Coronavirus is its ability to use living cells, like those found inside everyone’s body, to produce more Coronavirus Pathogens.
This reproduction is what can damage the cells of living things like humans and ultimately cause the symptoms of the virus.

These symptoms are difficult to cope with. According to data released by Henry Ford Health System, more than one in three patients who tested positive for the COVID-19 Illness required hospitalization. The Center for Disease Control estimates that around 1% of people who contract influenza, or the seasonal flu, require hospitalization.
Part of the reason Saleh stayed in one room of his house for those two weeks is because he knew it could easily spread. The severity of his symptoms made him realize how difficult this illness could be for anyone to cope with.
“This is not a joke,” Saleh said. “Honest to God. I wouldn’t wish this on my worst enemy. I told everybody, my family, my colleagues, my workers, it is not a joke. When they tell you to wear a mask and wear gloves, they’re not joking.”
So what allowed Maher Saleh to make it through the symptoms of Coronavirus? He says that two things helped him the most: the inhaler that his doctors prescribed him in order to help his breathing, and his belief in God.
“Most often, on days I couldn’t breathe, I said, ‘you know what? I’m going to give it all I got. If God wants me to be here, I’ll be here. If not, I’ll be gone.’”
At the time of his interview with the Yemeni American News, Saleh said he’s feeling 90% normal. He made an almost full recovery just two weeks after the first symptoms.