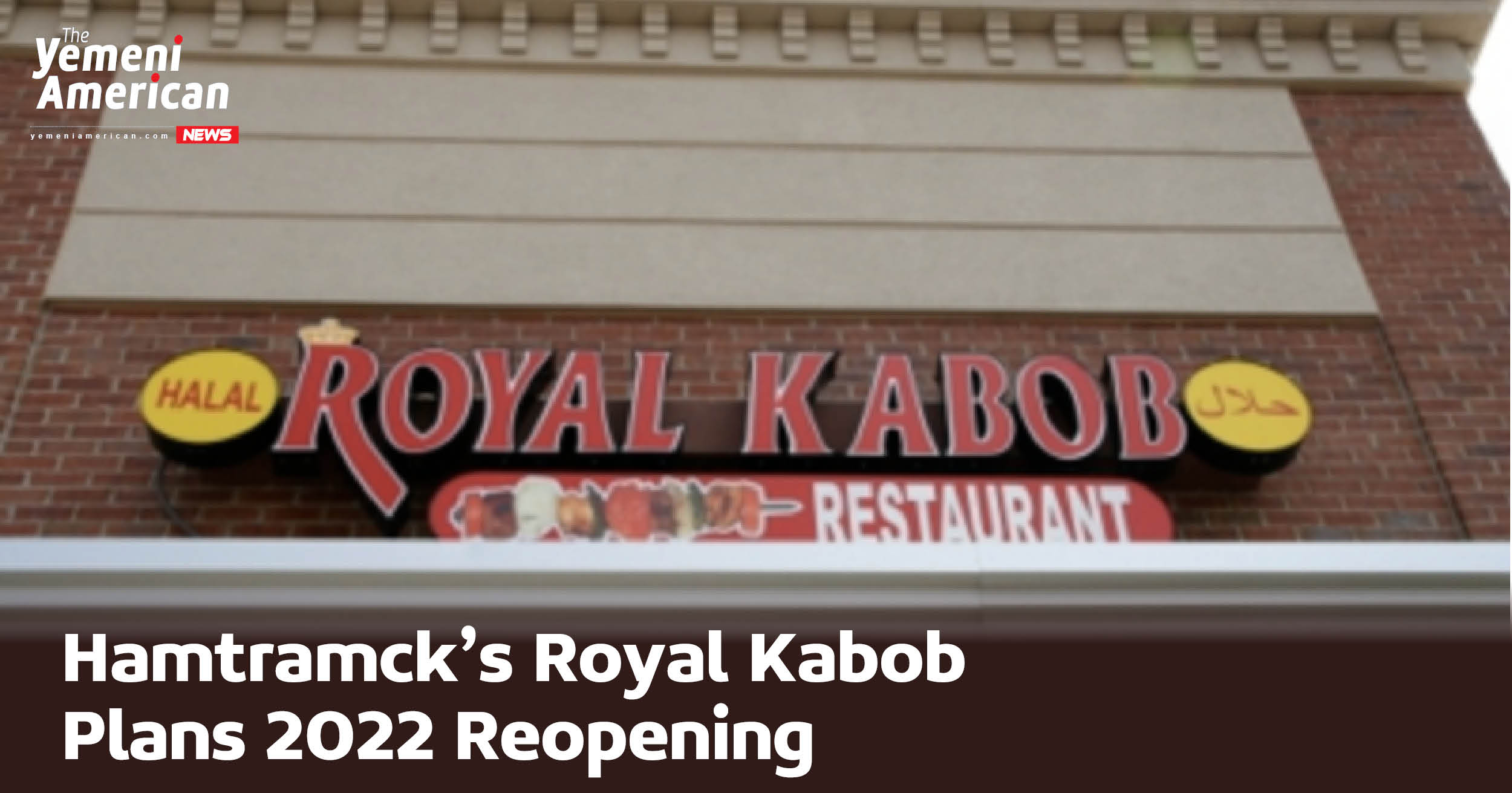 HAMTRAMCK, Mich. – As an essential part of Hamtramck’s culture of food and gathering around it, Royal Kabob has been sorely missed. With scant details or updates about the now-vacant storefront, we all seem to be wondering what’s going to happen.

Royal Kabob’s manager sat down with the Yemeni American News to talk about what’s going on with the old mainstay. Reopening in the coming months, manager Moortadha Obeid wants people to know that the Hamtramck restaurant is going to look a little different.

“We started demolishing all the existing walls and are starting a new restaurant from scratch, [demolishing] plumbing, electric, all the concepts,” Obeid said.

The new plan for the restaurant has already been submitted to the City of Hamtramck. Obeid says that this new design for his second restaurant is taking cues from the development of past restaurants. With a total overhaul of the restaurant’s layout, the restaurateur is looking to engineer a totally different dining experience for Hamtramck.

“We had to move the cooking area to what used to be dining area,” Obeid said. “It’s more comfortable now. We studied the way we used to have customer traffic inside the restaurant, and it was not comfortable. We had to put a lot of study and engineering into the plan to give effective layouts for the restaurant.”

Royal Kabob initially closed last year after a small fire produced smoke damage throughout the dining and cooking area. Smoke near the restaurant’s hot water tank is thought to be what started the fire.

The timing couldn’t have been worse, with Governor Whitmer drafting an executive order expanding the seating capacity of Michigan restaurants only days after the fire. With this important step being missed for Royal Kabob, the site sat vacant for more than a year.

Obeid says he’s hoping for a grand reopening in the beginning of 2022. All of this is dependent on supplies and labor for the restaurant’s redesign. Still, the goal remains for Obeid to create a new gathering place for people to be a part of a community around good food.

“We’re hoping it will be something that will be amazing,” Obeid said. “Nice atmosphere that will give the city of Hamtramck something instead of having to go outside Hamtramck to meet people or get together to have some meals.”