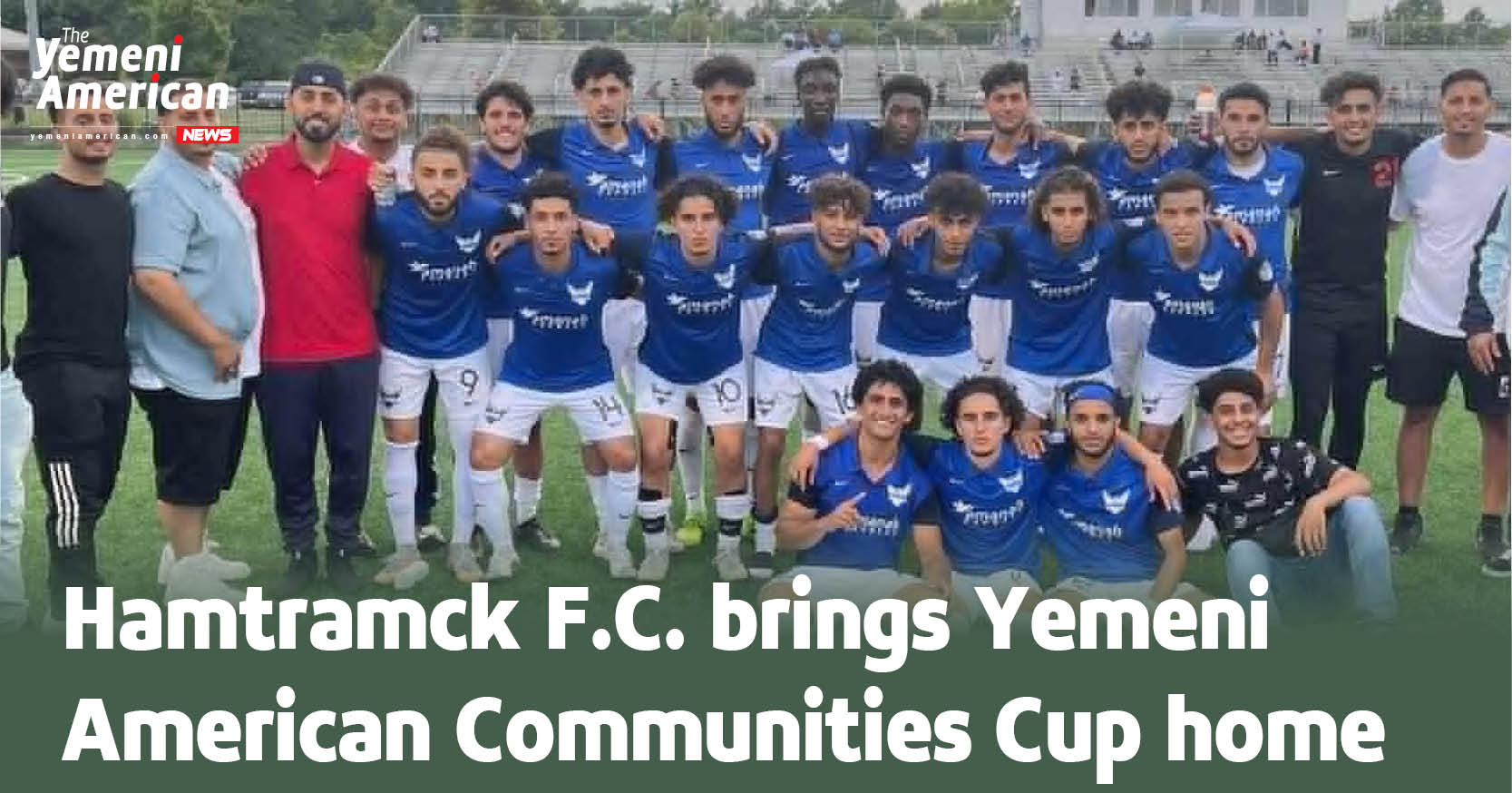 Decatur, Alabama: Hamtramck City FC won the second edition of the United States Championship for Yemeni Communities, which was organized by the Yemeni American Association in Alabama from June 27 to July 1.

Hamtramck FC was victoarious in the final match beating their home state rival Shabab Al-Yemen of Michigan, with two goals to one.

Hamtramck City managed to end the first half with a goal from Wissam Muthana in the 13th minute.

In the second half,  Shabab Al-Yemen team equalized with a goal scored by Laith Al-Hayafi in the 60th minute of the match.

Hamtramck FC scored again with a second goal, scored by Noah Al-Jabali in the 67th minute.

Hamtramck FC perserved after scoring the second goal winning the match despite the multiple attacks from Shabab Al-Yemen.

Hamtramck FC’s journey was indivisible throughout the tournament. The team played six matches winning all matches with no draws or losses.

The team’s players won most of the individual awards, as forward Sanad Yahya received the best player award in the tournament.

Six of the team’s players were awarded the best player award in the six matches. Ali Nasser was also the runner-up of the tournament’s top scorer, with 8 goals.

That success of the team is attributed to the technical staff led by Captain Wafi Al-Riyashi, who knew how to deal with matches and their atmosphere, and behind him was a distinguished administration headed by Tawfiq Al-Jahim and his deputy Muhammad Al-Dais as well as the rest of the board members. Not to forget the fans who worked to provide support to the team.

After the end of the match, the honoring ceremony took place, where the president of the Yemeni American Association in Alabama – Hisham Mozeb along his deputy, Hilal Al-Hubaishi, and the sports supervisor Hani Al-Zamzami, the head of the organizing committee for the championship, Taher Al-Dhahiri, and a number of community leaders honored the players.

The city of Deketer in Alabama hosted the 2021 United States Yemeni Communities Championship (second edition) from June 27 to July 1, with the participation of 12 clubs from eight American states.

The United States Championship for Yemeni Communities was held for the first time in California, while it was not possible to organize it in 2020 due to the Corona epidemic.

This tournament represents a recent annual tradition for Yemeni communities in various states, and is organized by a state each year according to the state’s readiness and preparations, or resorting to a lottery in the event that more than one state applies to host the tournament.