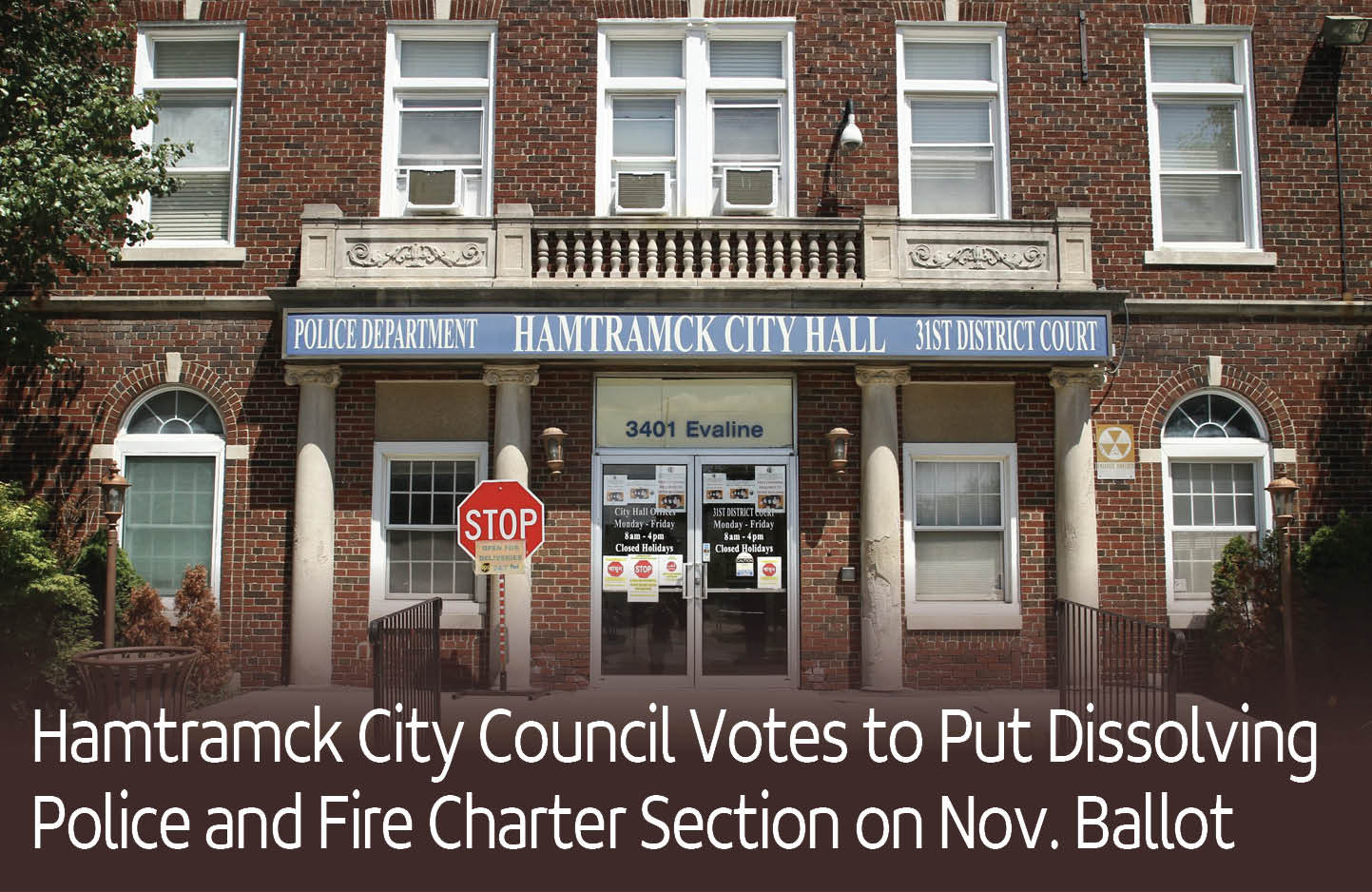 Hamtramck, Mich. – In a last-minute move, Councilmember Al-Marsoumi updated the City Council Agenda on Friday to include a Charter Amendment for last Tuesday’s meeting. The amendment can’t be done so easily, so the legislation called for Hamtramck’s voters to approve the change itself.

Essentially, the Amendment calls for the Police and Fire Departments to be dissolved. In the meeting, other Councilmembers pointed to the fact that this does not outline a plan for what’s to come after Police and Fire are gone, rather it outlines that the plan is at the sole discretion of City Council. Ideas like a volunteer fire brigade were floated around, but as Councilmember Ian Perrotta pointed out in the meeting, it’s a little more complicated of a solution than other Councilmembers might think.

In the end of the discussion period for the proposed amendment, the council went into a vote. The amendment passed 4-2, with Al-Marsoumi, Hassan, Choudhury and Alsomiri voting in favor of the legislation. Councilmembers Perrotta and Karpinski voted against it. The popular vote won’t be until November of this year.

What struck many people involved in this story is the unclear motivations involved with the decision. The speed of introducing the legislation, as compared to others also struck alarms with the two dissenting Councilmembers. The members of the public who were able to comment on this agenda item openly speculated what this could do with some of the other decisions by the City.

An Unpopular Idea from the Start

“I think this is disgusting,” Councilmember Karpinski said in the meeting. “I think it’s a slap in the face to our public safety, to our fire, to our police department.”

Councilmember Karpinski posted on the Hamtramck Facebook page – I Love Hamtramck – in order to see what people think of the idea of a public safety model instead of a police and fire model for governance. The response was an overwhelming and frustrated no.

Public Safety Departments are a combined department of police and fire. In the case of Hamtramck, the police would be trained in combatting fires throughout the city. This is a model that has had mixed results in many communities. According to Hamtramck Fire Union President Andrew Oleksiak, it couldn’t possibly work in Hamtramck because of the density of the population.

Responses to Councilmember Karpinski’s post ranged from a flat-out no, to more than a few members of the group openly speculating what the rehiring of ousted Police Chief Max Garbarino could have to do with the agenda item in City Council (since Garbarino’s new role is Director of Community Safety and Services).

Why Was the Vote Needed?

Mayor Karen Majewski has stated that this City Council Agenda Item has nothing to do with the rehiring of Max Garbarino. Instead, the Mayor says, the vote had more to do with the delicate balance of providing public safety for a city that’s plagued with budget worries. After all, in the wake of a pandemic, the most expensive services will always be under higher scrutiny.

Hamtramck is a City that’s always worried about its budget. In fact, there have been two points in the city’s history when the budget became so worrisome that the State of Michigan appointed emergency managers to run the city.

If anyone’s been paying attention to the news about bond proposals in Hamtramck, they would know that Hamtramck City Government is hoping to raise taxes in order to fund their pension obligations to the Police Officers and Fire Fighters who worked for the city. And in an ideal world, this would be funded.

In order to combat the lasting effects of the most recent Emergency Management, which ended in 2014, Councilmember Al-Marsoumi said that he put this legislation forward to allow people to decide what they want.

“We know that [labor agreements with the city] weren’t placed by us, those were placed by Katrina Powell, the acting city manager that was hired by the governor when the city went into receivership,” Al-Marsoumi said. “Why should we have that dictate our management? Or let that decision be dictated by a person who’s no longer even here?”

Although many claims made by the people involved in this story can’t be verified, the one thing that’s certain is that Hamtramck’s essential services may not look the same after a Nov. 3 vote. The city attorney was able to file the paperwork for pre-screening by the State, despite the ballot proposal going public only a few days before the meeting. Making some members of City Council wonder what exactly happened.