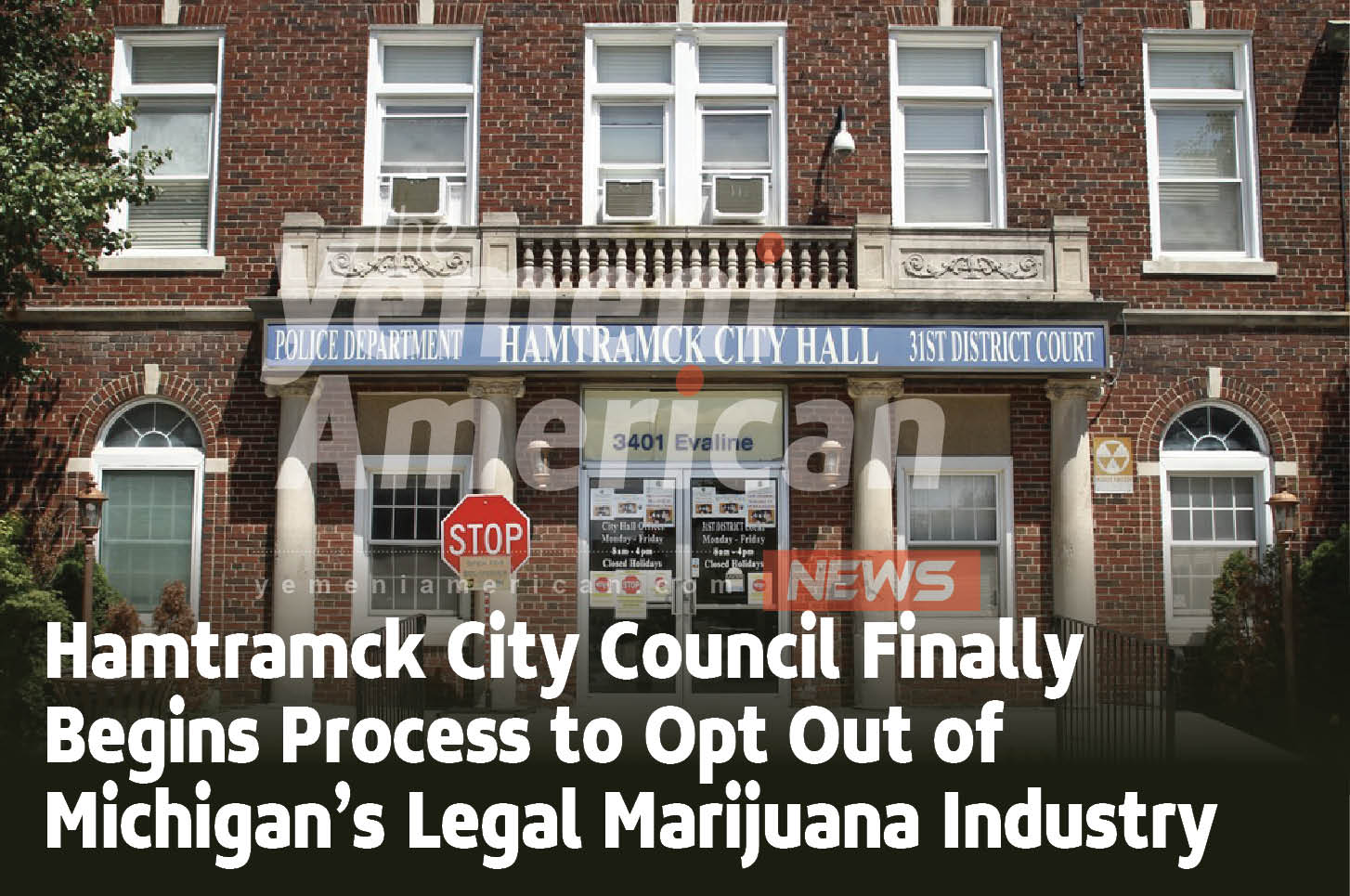 HAMTRAMCK, Mich. – Three councilmembers called a special session for yesterday to begin the process of moving a new ordinance forward that would ban any new marijuana businesses from operating in the city of Hamtramck. The move was the result of a marijuana dispensary opening in the city that drew fierce debate around the city’s role in a fast-growing industry for the state of Michigan. With the vote to move forward, critics of the council’s decisions say that they’re closing the city from a precious revenue source, and opening an already cash-strapped government to lawsuits. While supporters say that this is what a majority of the city wants.

Councilmembers who ran on the promise that no marijuana dispensaries would open in the city were put to harsh criticism at the previous regular city council meeting, when the only item on the agenda was the removal of Ian Perrotta’s title as Mayor Pro-Tem. A special meeting was called in order to address the dispensery and the rumor that another dispensary was looking to open soon.

At the root of the decision by Councilmembers Choudhury, Alsomiri and Hassan, is a statistic that a majority of Hamtramck doesn’t want marijuana dispensaries. In the state-wide vote on proposal 18-1, which decriminalized marijuana for recreational use in 2018, a slim majority of voters in Hamtramck were against the proposal, about 55%. However, opposing city councilmembers dispute this claim, with Councilman Perrotta saying that a referendum is needed in order to accurately understand the city’s attitude on the matter since it’s been two years since the last public vote.

Opting out of the marijuana industry has already moved through City Council once. In the last vote in late 2019, two members of the city council were absent, leaving councilmembers Perrotta, Karpinski and Mayor Majewski to vote against opting out. The matter appeared to be settled until a marijuana dispensary began operation a few weeks ago.

City Attorney James Allen pointed out that because the city missed the deadline to officially opt-out of the marijuana industry, a late decision to ban marijuana businesses opens the city to numerous avoidable lawsuits. He says that since many businesses would have already began investing in locations like Hamtramck, the city’s previous vote will be used as against the city in any lawsuit that may arise.

“The Previous ordinance failed,” Allen said. “And that legally settled the question. It sent a message to people that Hamtramck hasn’t opted out by the deadline of Oct. 30. It’s fair game.”

Supporters of a new ban on recreational marijuana say that this is in order to prevent underage marijuana use and prevent a rise in crime. However, research points to a decrease of crime in neighborhoods where marijuana dispensaries are located. One corporate official from Pleasantrees, the company that owns the current dispensary in Hamtramck, says that this is at least partially because it removes the incentives for black market marijuana.

When people decide that a licensed recreational marijuana business is better than getting marijuana from the black market, dealers theoretically would not be able to compete. This means that black market marijuana is sold less, making it harder for underage people to find a source of marijuana that would sell to them. Councilmember Perrotta argues that the root of this decision may be the stigma toward marijuana and marijuana users, rather than any real facts about the issue.

Public comments on the issue were mixed, but a majority of residents voiced their frustration over the proposed ordinance. One member of the public even added that Hamtramck is so cash-strapped that most cities enjoy a higher quality of life. By limiting revenue sources like these, the city closes off any progress.

This was only a first reading, meaning that no action can be taken yet. “The first reading simply moves it forward,” said Mayor Majewski. On Dec. 8, there will be the second reading for the proposed ordinance.