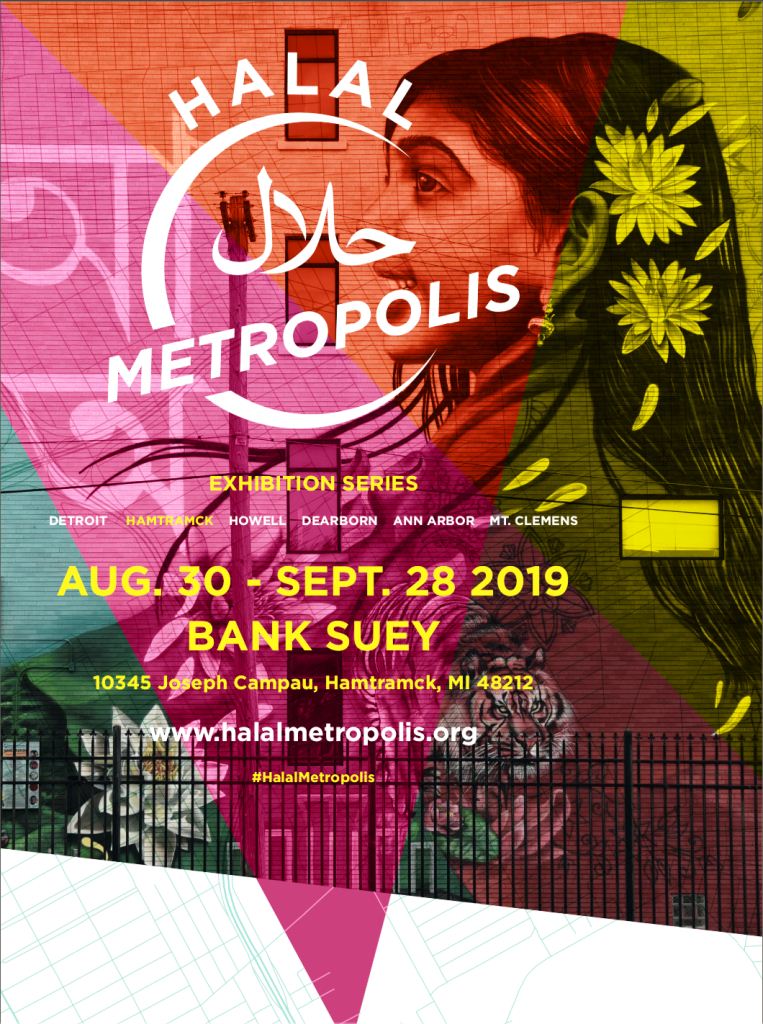 Coming to the Bank Suey Community Space is Halal Metropolis, a traveling archival, art and fashion exhibition that explores the identities and expressions of Islam in Metro Detroit.

Archival Research was done by Asma Baban and marketing for the event is lead by Fatimah Al-Rasool.

“This is letting us imagine what the American Muslim is in 2050,” Khan said. “Because now we can invent what we want to be, what the symbols are, what will be the garb.”

The basis for the show is imagining what a utopia would look like when it’s centered around Muslim Culture. The show draws on past representations of Muslim-American populations in Southeast Michigan and works to create a conversation around what a better future could look like.

“It’s an idea for what a Halal Metropolis is,” Khan said. “In some places, it’s a feared notion. Some places it’s home – the desire to be home. And what makes this comfortable.”

Displaying her work is Zarinah El-Amin – A designer of headscarves and coverings for the many cultures and religions that intersect around what she calls “wrapping” or head covering.

El-Amin works with material from all over the world to imagine new and exciting ways to display head covering.

“As time went on, I loved the aesthetics of it,” El-Amin said. “I loved the feeling. I love the individuality, because you can wrap a multitude of ways, because it’s like an art. And I always said it’s something that takes me to a new spiritual level.”

The visual art is multi-faceted. Architectural sketches for re-imagined monuments are drawn by a Bosnian artist who “modestly proposes” new ways of seeing the spaces that are at the center of culture.

Yemeni furniture loaned by Best Deals Furniture of Hamtramck will also be a part of the exhibition.

“When the Bangladeshis and the Yemenis came into two different ends of the city and created this new economy, that’s when they became a part of the city,” Asma Baban said. “So that’s why we’re having this exhibition is so you can see how that happened.”

The history of Hamtramck’s Muslim community is an important one. Transitioning from a vastly polish enclave of Detroit to the first city to elect a Muslim-majority city council is just one of the important aspects of the community’s history.

“While we are moving, and different iterations of the projects are changing, It’s not just the internal aspects of the exhibit,” Fatimah Al-Rasool said. “it’s also the response and outreach. Because this is Hamtramck’s community. And we want to showcase them. Not our work.”

The exhibition has been traveling throughout Southeast Michigan. At previous stops, Halal Metropolis has worked to highlight the history of the Muslim communities that come to see it. So the art, the presentation and the tone of the exhibit will change with the traditions and attitudes toward Islam in America.

“We’re really trying to show the diversity of the Muslim communities in the spaces that we operate,” Sally Howell said.

By creating this dialogue with the communities, the hope is that halal Metropolis can explore a sense of visibility around the diverse cultures that are practiced every day throughout America.

“What is this visibility all about? What does it mean to Muslims and non-Muslims?” Howell said. “How was it created, not just by the Muslim community, but in dialogue with the rest of society? And where’s it going? How is it transforming Detroit?”

Halal Metropolis will open August 30 for viewing. An opening event will be at 6pm on September 6. For each Thursday throughout the month-long exhibition, the organizers will hold a community event showcasing dialogues and conversations around the theme of a Halal Metropolis. Performers, artists and scholars will present their work at these events. 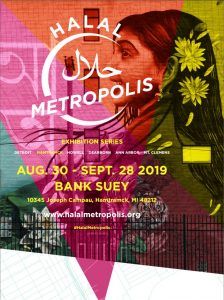