From Brooklyn to the World, Saddam Ali is making history 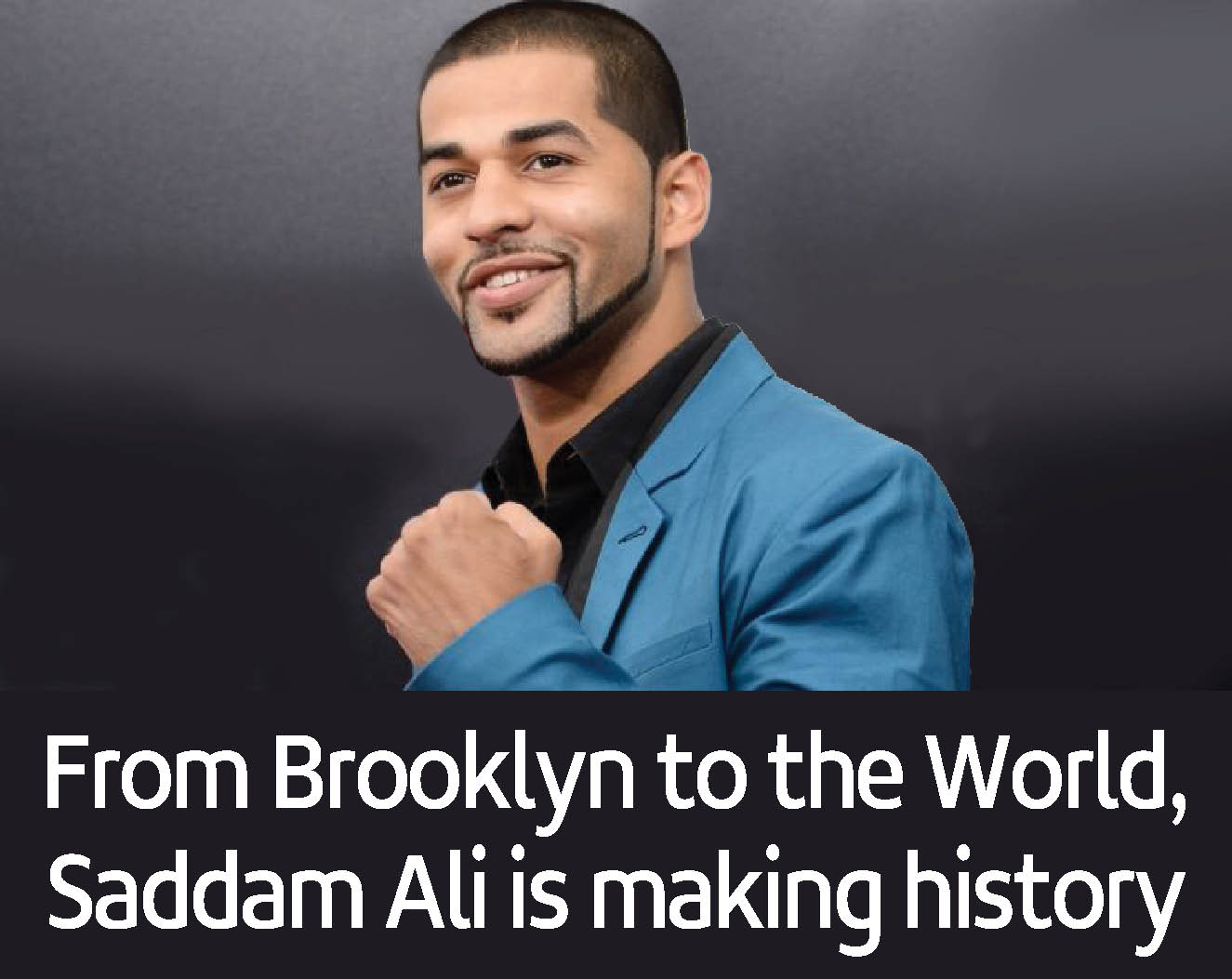 Inspired by Prince Naseem Hamed, Saddam Ali of Brooklyn, New York, a Yemeni American middleweight boxer who is currently a crowned champion for the World Boxing Organization (WBO). He was born in 1988 in Bed-stuy, Brooklyn to Yemeni American immigrants in a family of five siblings. The Yemeni American News interviewed Ali and he answered all of our questions.

On his humble beginnings, Saddam Ali says “I started at Karate at 5 years old, in a house of little girls, my dad wanted to take a combat sport. At 8 years old, I was watching Naseem Hamid, and made me excited to be in the sport.” He joins a local Boxing gym in Brooklyn and recalls his first day at the gym being very difficult. He was instructed to start punching but forgot to rest when the bell rings. By the time his father came back for him, he was all in tears. Then, his father explained that he should rest when the bell rings. Ali went from there to train on a weekly basis and his dream was to make it to the Olympics to represent the United States. 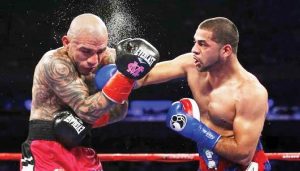 Ali qualified for the 2008 Olympics by finishing in second place at the American International Boxing Association (AIBA) being the 1st Americas Olympic Qualifying Tournament held in Trinidad and Tobago in March 2008. He defeated Jesus Cuadro of Venezuela in the quarterfinal round, and Juan Nicolas Cuellas of Argentina in the semifinal round. He lost by decision in the final round to Cuba›s Yordenis Ugás by a score of 13-5.  Ali then turned professional right after the Olympics. He said recalling the Olympic experience “The experience was just amazing; unforgetful; the greatest thing you can do as an amateur; make it to the Olympics, and it’s your major step to becoming a pro.”

Asking Ali about his style, he said he focus more on speed, power, and great movement. He said what makes him unique from other boxers that he’s can easily adapt to situations during the fights. He goes by the nickname «World Kid» and made his debut in January 2009 (almost 9 years ago) and won by KO. He went on a 22 fight winning streak, undefeated, winning his first welterweight title in April 2014. He faced his first professional loss in March 2016. Ali said “It didn’t break me; it brought me a huge opportunity; it made me stronger to come back and win fights. Inspired by Mohamed Ali, the greatest boxer ever, especially that I am sharing his last name, I wouldn’t give up.”

When asked about the uniqueness of his name being Saddam and Ali, he said, for the name Ali, it’s a great honor. “It’s a great feeling hearing your name at the stands, fans chanting ‘Ali! Ali!’ and for Saddam, it doesn’t bother me.” Ali has a resounding record of 26-1; 14 of his wins are by knockout. Asked if he’s encouraging others to go into the sport, he said “I have my own gym at BayRidge, New York. The kids that come to the gym remind me of myself. I receive many messages through social media from many youths telling me that I have motivated them and that’s for me a great feeling.”

Asking about his famous fights; Ali recalls his last fight against the Cuban Miguel Cotto in which Cotto was the favorite and Ali being the underdog. “With God’s will, and the extra training, I was able to win,” he said. On his future fights, he explains,  “My next opponent I believe is Liam Smith (English) and this fight is to retain my championship.” He adds “my big step to keep getting better, staying in shape, and keep winning.

A word to the youth, he said “I get them to talk one to one; listening to your parents is a must, and always be proud of where you came from. You can do anything that you put your mind to it.” He said he plans on visiting Yemen for the first time once there is an opportunity. He is grateful to everyone who has supported him in his career from his family to his friends to all of his fans.