“Everyone is working hard and smartly to eliminate foreclosures.” 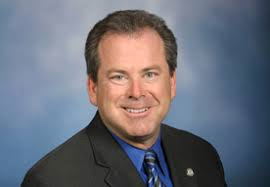 No matter which side of an issue you may be on you have to respect passion and hard work. There are many individuals and organizations who have dedicated themselves to reducing the number of property tax foreclosures, especially by assisting homeowners. The numbers have been so staggering there is plenty blame to spread in Wayne County if that is what you want to focus on.

I personally have been passionate about stemming the tide of the tsunami of foreclosures.  As a former State Representative, I introduced a bill to grant relief for homeowners by lowering the state-mandated 18% interest rate on properties in delinquency.

Almost four years the bill languished until Mayor Mike Duggan, who recently praised this effort in his State of the City Address, and Wayne County Deputy Treasurer came to Lansing to support it. With this effort the bill passed allowing for Interest Rate Stipulated Payment Agreements (IRSPAs) reducing interest rates to 6% for struggling homeowners. The Wayne County Treasurer’s Office has offered these plans for three years now and it has made a difference – over 36,000 households encompassing over 100,000 residents have successfully utilized IRSPAs to remain in their homes in the last three years. A total of 50,000 households have avoided foreclosure.

This is just one example of how government leadership is working together.  Treasurer Eric Sabree and Mayor Mike Duggan have both stated publicly that they want zero occupied homes in Tax Foreclosure Auction this September.  A few years ago this may have seemed impossible, but since Mr. Sabree became Wayne County Treasurer two years ago, tax foreclosures in Wayne Country are down 72%. And foreclosure of owner occupied properties  are down 83%!

This decrease is because of his leadership in bringing together non-profits, advocacy groups, the business community, the State, the County and all municipalities — including the City of Detroit — coming together.  It is making an impact.

The fact is we all must follow the law and to suggest government can wave a magic wand and place a hold on all foreclosures is not lawful. Further, It would be unfair to every non-delinquent taxpayer in the County (95%) if Treasurer Sabree just pulled from the foreclosure list all the occupied properties whose owners have not paid requisite taxes due.  Not just unfair to those current on their property taxes but also a disservice to those delinquent taxpayers if we don’t address the underlying problems that lead to foreclosure.

What we are doing — expanding outreach, holding neighborhood workshops, providing free credit counseling, pushing Principal Residence Exemptions (PREs) and Poverty Tax Exemptions (PTEs), and even raising private dollars to help pay property taxes for the most impoverished. There is a very successful pilot program designed to help good tenants whose landlords just took their rent but ignored the property taxes.  This program is helping to make rent paying tenants into homeowners.  Its success, may result in program expansion.

With these small victories comes the willingness to help and do more.

The McGregor Fund also sees the progress and has given nonprofits $500,000 to help struggling homeowners stay on their IRSPAs.  Quicken Loan Community Development Fund (QLCDF) gave $350,000 last year to the Renters to Homeowners pilot program. Without the support of Detroit and County Treasurer, the program would not have happened. Now, QLCDF has challenged that if matching funds are raised, it would donate $1 million.

Today there is a new spirit of cooperation in Wayne County. We are all meeting, coordinating resources and working together to solve the tax foreclosure crisis.  The 2018 goal is clear – zero owner occupied foreclosures.

There is a lot of proactive action being done to stop foreclosures and preserve homeownership including but not limited to: expanding poverty tax exemptions (PTEs), getting a retroactive PTE bill passed in Lansing, “common sense payment plans”, talking to MSDHA about Step Forward requirements, utilizing the first Right of Refusal (RoR), coordinating with the Detroit and Wayne County Land Bank and many other programs.