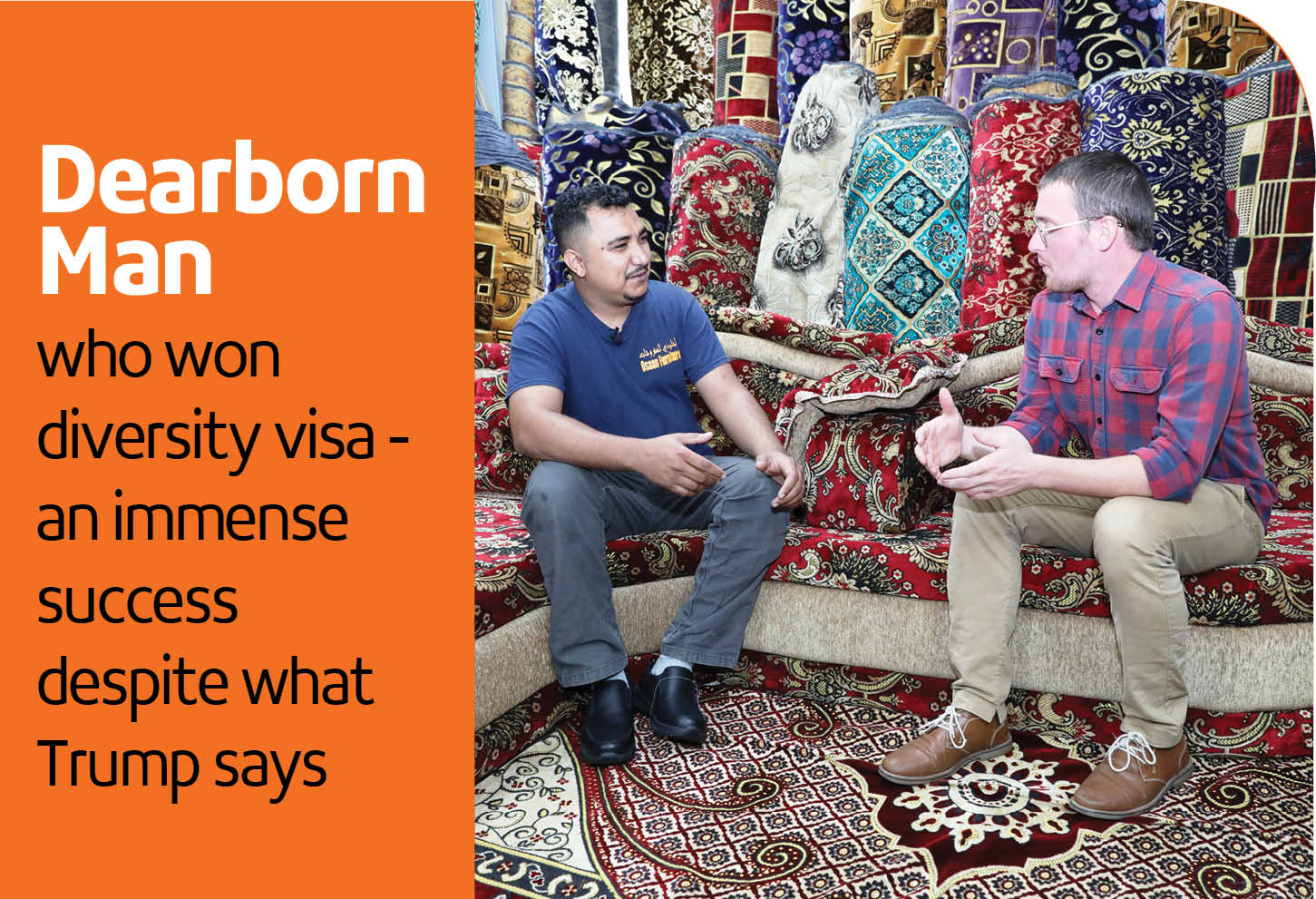 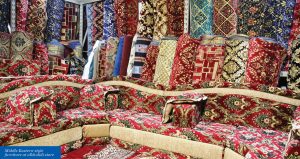 Ahmed Alkhulaidi has already subverted every assumption that the president has made. As someone coming from Yemen – one of the countries in Trump’s Muslim ban – he’s created jobs and contributed to the Detroit economy.
From his ornately decorated workshop in Dearborn, Alkhulaidi manufactures and sells Middle Eastern-style furniture. His work depends on materials manufactured from the United States and abroad. And he custom-builds all his furniture by hand.

Alkhulaidi is part of a wave of people coming into the United States that are bringing their expertise with them. In the case of Alkhulaidi, his work for his father’s business is what shaped his skills.

“I started working around 1998, at the age of 11,” Alkhulaidi said. “I was slowly picking up skills by dabbling in everything around me, from sales and customer service to running errands and cutting and measuring fabrics. But most important I started to learn sewing.”

During those years in his father’s shop, Alkhulaidi dreamed of living abroad like many of the young people around him. In 2010, this became a reality when he won the Diversity Visa Lottery, a program that offers the chance at winning a green card, or permanent residency status, for the United States.

The Diversity Visa Lottery gives people from under-represented countries in the US Immigration pool the opportunity to be randomly selected for a chance at living in the United States – But it doesn’t award citizenship.

Before someone from a Diversity Visa country is even able to apply to the program, they have to go through a background check. And contrary to the President’s position, the Diversity Visa Lottery is already merit-based because a certain level of education or job skill is needed to apply, according to the US Bureau of Consular Affairs.

When he first arrived, Alkhulaidi worked in the basement of a house to build his first Jalsah, or Middle-Eastern Furniture set for a friend. After that first furniture piece, other people were asking him to build a set for them again and again until he finally went into business.

For the first orders of his business, he was still working from a basement. It wasn’t until a friend finally convinced him to expand that he started working from his first warehouse in Dearborn. But after only arriving five years before, his business would continue to grow. He would need to buy a bigger space in Melvindale.
Alkhudaidi’s emigration to the United States was a narrow opportunity for Yemenis. Starting in 2017, Trump’s ‘Muslim Ban’ has stopped a lot of people from leaving under the same program that brought Alkhulaidi.

According to Jamal al Ghazal, an immigration worker in the country, there are 70 people who had to give up their acceptance in the Diversity Visa Lottery because of the Muslim Ban.

“The program is open,” he said. “But the Muslim ban has stopped any Yemenis from using it.”

According to a report by Mallory Moench, a man from Yemen named Abdullah Fadhel spent $12,000 trying to navigate the Muslim Ban after he won a green card from the lottery. At the time of the story, he had been waiting seven months in Malaysia because he was afraid to go back to his home, where armed conflict was taking place.
When Alkhulaidi first started working in Metro Detroit, he said there were only two or three Arabic Furniture sellers in the area.

“Some were just sourcing already made Jalsah sets from overseas,” Alkhulaidi said. But Alkhulaidi was one of only a few who were making it.

Alkhulaidi helped establish an industry in the wake of auto manufacturers going overseas. His work has created 16 jobs – with seven being part-time and a few saved for students hoping to learn the trade – and even given him enough of a profit to give back to the community’s religious centers and business startups.

“The diwan gives people the chance to create a familiar and comfortable space for their social lives as they seek to become familiar and comfortable in their new surroundings,” said Sally Howell, Director of the Center for Arab American Studies at the University of Michigan Dearborn. “With so many local manufacturers, it might be that Yemeni furniture becomes ubiquitous throughout the region.”

Alkhulaidi wants to continue growing his business, with big goals of becoming a part of the international furniture trade. But he only narrowly missed the opportunity to go on this path to success.

For the Yemeni citizens who are stuck in the administrative limbo of the Diversity Visa Lottery, the Muslim Ban has only made a difficult situation for the people of Yemen worse. In the past year, Trump has been considering removing the Diversity Visa program. Still, according to the US State Department, 50,000 Visas will be awarded in 2020.