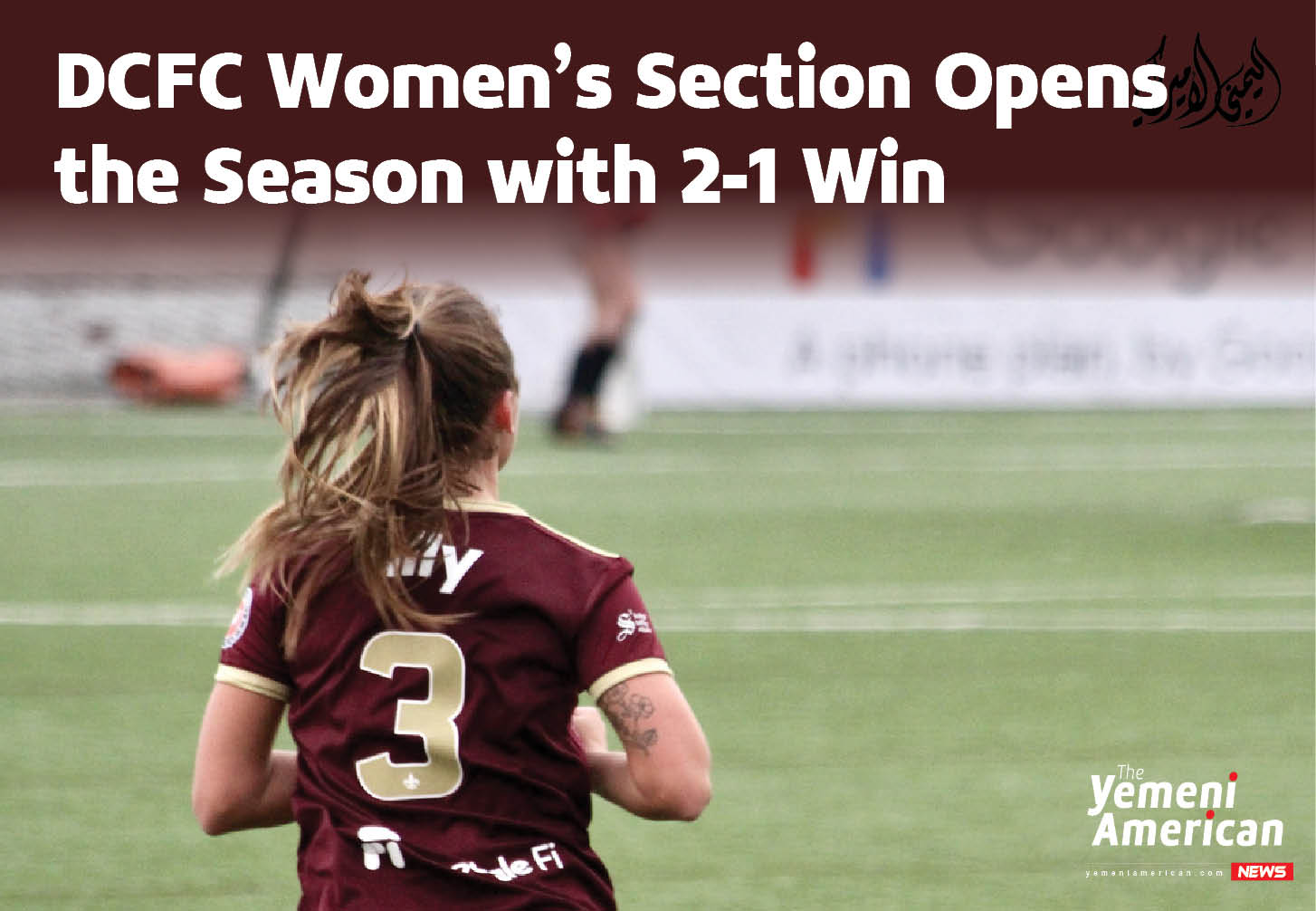 This game is a first time for fans and the newly formed DCFC Women’s Section to get to know each other. After a few games without the fans, due to COVID-19 concerns, the first game for the section welcomed a full troupe of supporters – complete with a drumline and confetti for every DCFC goal.

The women’s side to Detroit City Football Club was announced late in 2019, with the teams start set for May of 2020. With the start of the pandemic in March of last year, DCFC’s supporters were left supporting the team from elsewhere.

“Once they announced the women’s side, we got really, really, really excited to be able to have that,” said Joe Novak, a member of the DCFC Supporters. “Of course, when COVID hit, and we couldn’t come out to support them, that was a huge disappointment. So this has been years of pent-up excitement.” 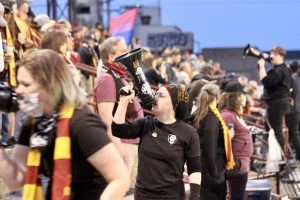 Amanda Jaczkowski (Center) Chants to the crowd of DCFC supporters, known as the Northern Guard

That excitement put the stands in a fervor, first when player Brooke Honeycutt scored the first goal of the match. The game-winning goal was scored by Marlee Taylor.

“The fact that we can finally support a women’s side to go along with the men’s side is really important,” Novak said. “Like, my daughter, I’m excited to have her be able to see women in that way, and she can watch that. It gives something for the girls to aspire to.”

The next game for DCFC’s women’s section will be held this Sunday, with the team facing off against Lansing United at the East Lansing Soccer Complex.