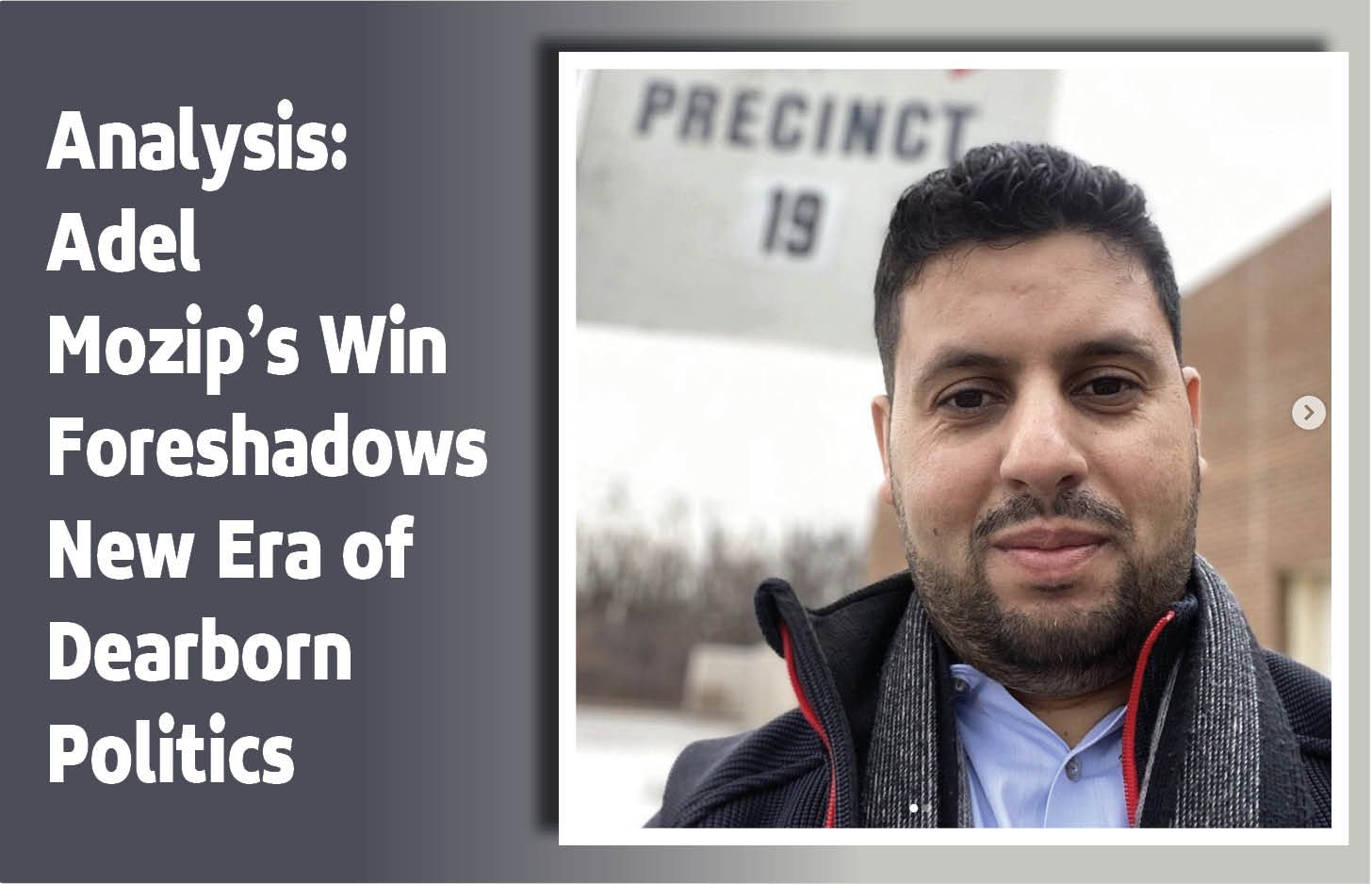 DEARBORN, Mich. — Everything has changed.

For those of us who have wandered through the web of numbers and polling results from the November general election, Adel Mozip’s stunning re-election to the Dearborn school board was a nuclear bomb that decimated decades of trends in Dearborn politics, leaving a crater-hole in the old conceptions of how coalitions and political campaigns can be done. The 2021 elections for Mayor and City council may well be standing in the shadow of this blast. Those who wish to win should pay close attention to the fallout.

All of the old trends were broken.

Dearborn tends to favor incumbents, but the polling results showed incumbents like Mary Petlichkoff under-perform even amongst white, West Dearborn voters. Adel wasn’t riding the coattails of his own authority, or anybody elses.

His vote share was not solely driven by the ascendent Arab vote, but where he did benefit in East Dearborn, it was because of a defiance to old trends of division within the Arab community along ethnic lines. Adel drew a commanding share of the vote in a variety of East Dearborn precincts that range from predominantly Lebanese, Iraqi and Yemeni, showing a unity amongst East Dearborn citizens that defied years of attempts to divide and conquer.

It also appears that years of work behind the scenes with officials and activists to communicate the need for real multiculturalism in our local politics – a new system based on mutual respect and shared political values, as opposed to racial bloc voting – has swept in and wiped away the old political order with the power of gale-force winds

This old dynamic turned our politics into a form of racial warfare at the ballot box.

Winning candidacies weren’t decided on election day, but instead decided by how many of each race of candidate was on the ballot to split those votes. It was a common phrase, behind the scenes, that elections in Dearborn were decided in April, at the filing deadline for candidates, and not in August or November when elections are held.

These trends led to the feeling that Arabs were more likely to win with fewer Arabs on the ballot, leading to harsh conflict between political groups over who should have the right to run. The 2016 judges’ race, and the deep divisions that exploded into public view, were a byproduct of this way of thinking. The old politics fomented division within the community and fostered a mentality that political control was a battle between the races, and nearly always ended with a fight between the East and West.

With more Arab candidates on the ballot than whites, and several Arab candidates with strong name recognition and solid resume’, Adel would have narrowly lost this race if the old ways held true. With only a few whites to soak up white votes that made up almost half of the voters, election observers of old were slating this as a close race for Adel, with a 50-50 chance of it ending with his defeat. None of them had predicted the massive, several-thousand vote lead he would have over all of the candidates.

The fact is, West Dearborn came out in surprising ways for Adel Mozip. Precincts in the 48128 portion of Dearborn where the Arab vote has grown, but is anti-tax, were weaker points for him. In upper class and educated white precincts along the West End, as well as working-class white neighborhoods on the Southwest end, Adel broke through showing he was gaining votes from an issues-based coalition. He would struggle with election day vote totals where Republicans dominated on anti-tax matters, but then came crashing in like thunder with absentee votes from liberal white Democrats who wanted more school funds and COVID safety.

This result was one many of us have hoped and wished for – one where whites and Arabs of every stripe stand up and vote based on shared values and needs. During COVID and the many other recent challenges our schools have faced, Adel has sought to represent the full, diverse views of Dearborn and it paid off.

Candidates who want to win in 2021 should pay close attention: If you want to win, you need to build a coalition based on issues and your vision for our future. You need to have good ideas and you need to form them by listening to a diverse group of residents from every corner of town

No one should get confident just because of how many of each racial group appears on the ballot – the voters will crush someone’s dreams of power if they smell those thoughts. West and East Dearbornites want candidates who are bridge builders and our next mayor and city council members are going to be those who prove they are ready to do the work.