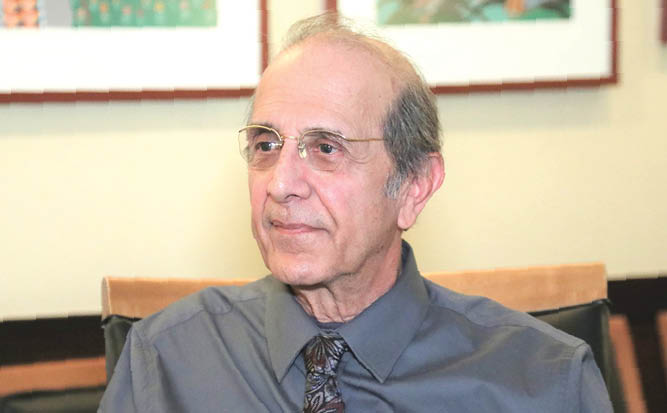 Not since the Civil War has America faced a crisis that now stands before us as a nation. As with all events in life, nothing occurs in a vacuum.
To understand the current state of affairs in Washington one must understand the lead up to the Trump presidency.
The systematic dismantling of unionism under the Reagan administration started the downhill slide of middle-class America, and quality of life for many. The slide of standards became an acceptable norm embraced by a systematically flawed two party system. Business as usual was the model that contributed to the socio-economic inequities in America.
There are two schools of thought in the Democrat party. One, decisively endorsed by the corporate structure, supports a return to business as usual; working within a system with no appreciable changes. The second that prefers specific changes to correct the inequities that plague our society. Clearly opposed to business as usual that ultimately delivered Trump.
The question of importance that sits before us is our future and how we view it. Will it be a continuing path from what now exists or one that envisions lifting a quality of life that can sustain our children and the generations that follow. Bernie Sander’s view is one that clearly supports changes to accomplish a better life.
The Federal budget we live under earmarks 57% of the nation’s money to military spending. A budget that surpasses the combined monies spent by the top countries in the world. Bernie is against the waste of monies expended in costly, never ending wars that have created chaos in the middle east.  Wars that divert trillions of dollars from our broken infrastructure, and the social safety net. Including Social Security, Medicare and Medicaid. Nowhere is the displacement of these needed monies more clearly defined than the forty million Americans without healthcare. Millions more with limited coverage who face financial collapse when a family member suffers a major medical condition. Healthcare for all is the standard bearer among developed countries. Not to have it is a death sentence for many. Bernie Sanders supports Medicare for all.
The fruit and strength of our society is young people, and the quality of education they receive. What they return to society is beneficial to all. The current student debt with high interest rates is usury. It becomes a lifelong financial disability that prevents them from being a functioning part of our consumer driven economy. Including the ability to purchase a house. Tuition is free in developed countries. Bernie supports the same in America, and wants student debt eliminated.
Climate change is a reality. The Pentagon lists climate change as a national security threat. Rising water levels threatened US military bases on both continental coasts. Environment is an essential part of quality of life. The air we breath and water we drink are impacted by climate change.
Closely related to our environmental condition and climate change is a regulatory system under attack. Deregulation by the Trump administration has opened the door to exploitation that disregards the tenuous balance of life on the planet. Eliminating independent government oversight, and allowing corporations that internal responsibility was the causative factor of two commercial Boeing airplanes falling from the skies. Safety takes a back seat to fourth quarter profits. The Flint water crises that has exposed seven thousand children to lead poisoning is another example of a lack of responsible oversight.
The excesses of business as usual over decades made the Trump administration possible. Trump is the high-water mark of systemic flaws of previous governments. Both political parties.
The programs that Bernie Sanders supports are criticized for a lack of funding. Bernie is clear where the monies will come from to fund his programs. The wealthy in America now pay a lower rate of federal taxes than the average American. More than sixty large corporations in America do not pay a red cent in taxes. Companies like Exxon, General Electric and Amazon. Many of these companies also receive rich subsidies from Washington. Paid for by American taxpayers. There is also the trillions of dollars foolishly spent on senseless costly wars. Wars that have only enriched bankers and war profiteers. The same Military-Industrial-Complex President Dwight David Eisenhower warned Americans about. Monies will be redirected from these highly questionable expenditures to programs essential to the quality of life for the greater population. Not a select few.
As an Arab American and a US Army veteran with special ties to Yemen and the middle east I seek leadership in government that support the civil rights of Americans and the human rights and dignity of the people of the middle east and elsewhere in the world. Bernie Sanders is that candidate.