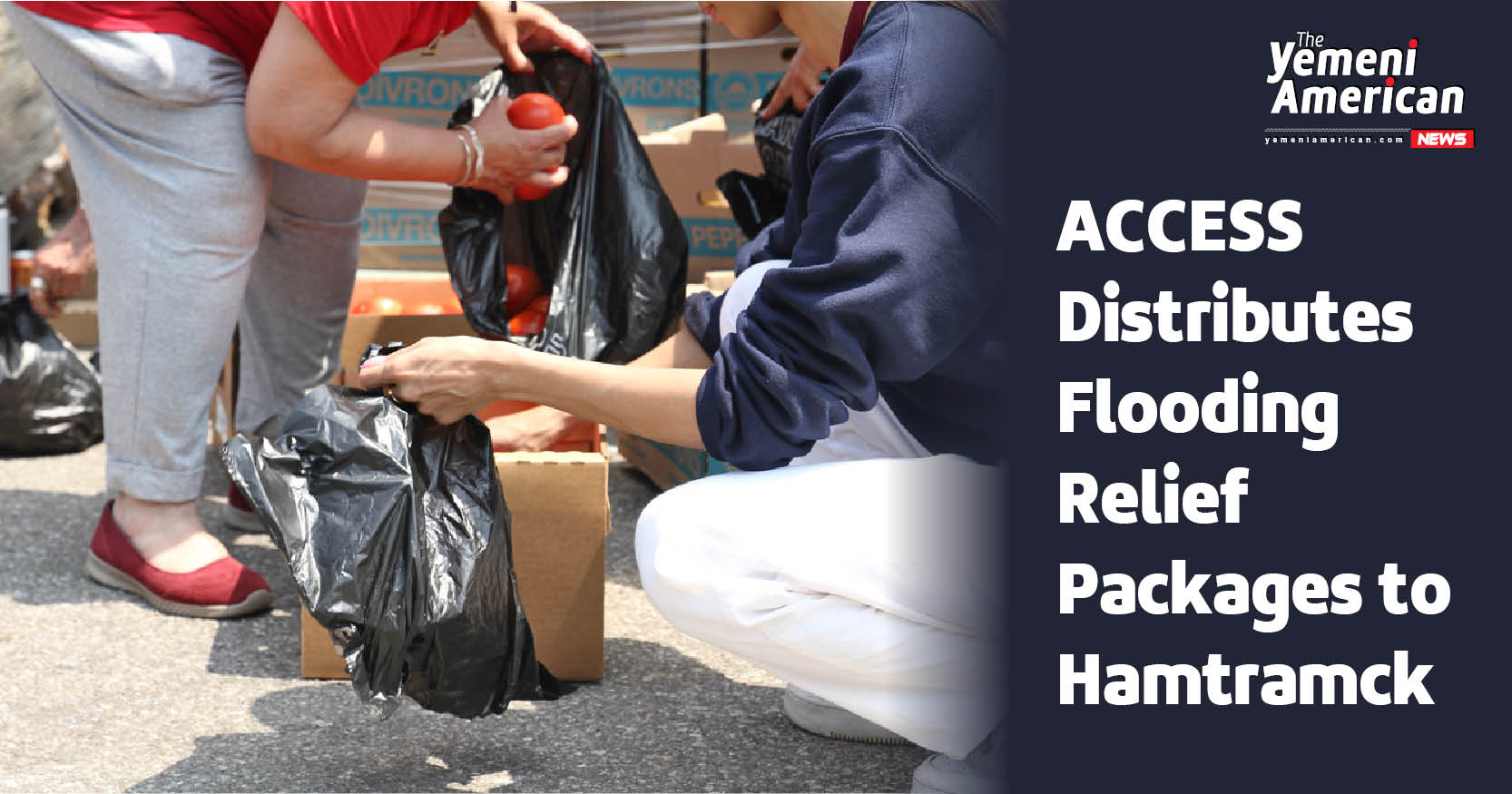 HAMTRAMCK, Mich. – The Dearborn-based Arab Community Center for Economic and Social Services (ACCESS) will distribute 500 care packages today, beginning at 1:30. The packages, which are composed of groceries and cleaning supplies, will be distributed from City Hall.

This distribution is part of a larger effort that has place over 3,500 flooding packages into homes around Metro Detroit, says ACCESS Chief Operating Officer Lina Harajli.

“So we’re going on 3,500 families that we’ve been able to distribute in the last month,” Harajli said. “And so as long as people need us, we’re going to figure out a way to make sure that we are there for them.”

The germicide bleach comes with instructions in both English and Arabic.

To date, ACCESS has been able to provide distribution to Dearborn’s Southend, Southwest Detroit, East Dearborn and Warrendale. They also brought packages to certain homes throughout these communities.

ACCESS partnered with Lions International and the City of Hamtramck, making sure that this event could come within a week of the most recent flooding event.

“We provided the stuff,” said Roshni Patel, Lions International District Governor for Wayne and Monroe Counties. “And there are some of us volunteering as well. We are partnering up with other agencies because not one person can do all the work. Right? Because that’s what lions do.”

Hamtramck City Manager Kathy Angerer was among the distribution’s volunteers. She spoke on the importance of these partnerships “because it’s so important that we join together as a community to help.”

Flooding has been a contentious issue in Hamtramck, with aging infrastructure unable to keep up with the increasing frequency of major storms due to climate change. In the month since this year’s first major flooding event, Hamtramck residents have been frustrated with the damage to their property and the health concerns surrounding the water in their basement.

“Unfortunately, no matter what I think anybody does right now, it’s an infrastructure problem.,” Harajli said. “But we definitely want to be there for the grassroots help that people need. That’s what ACCESS has prided itself on for the last 50 years.”