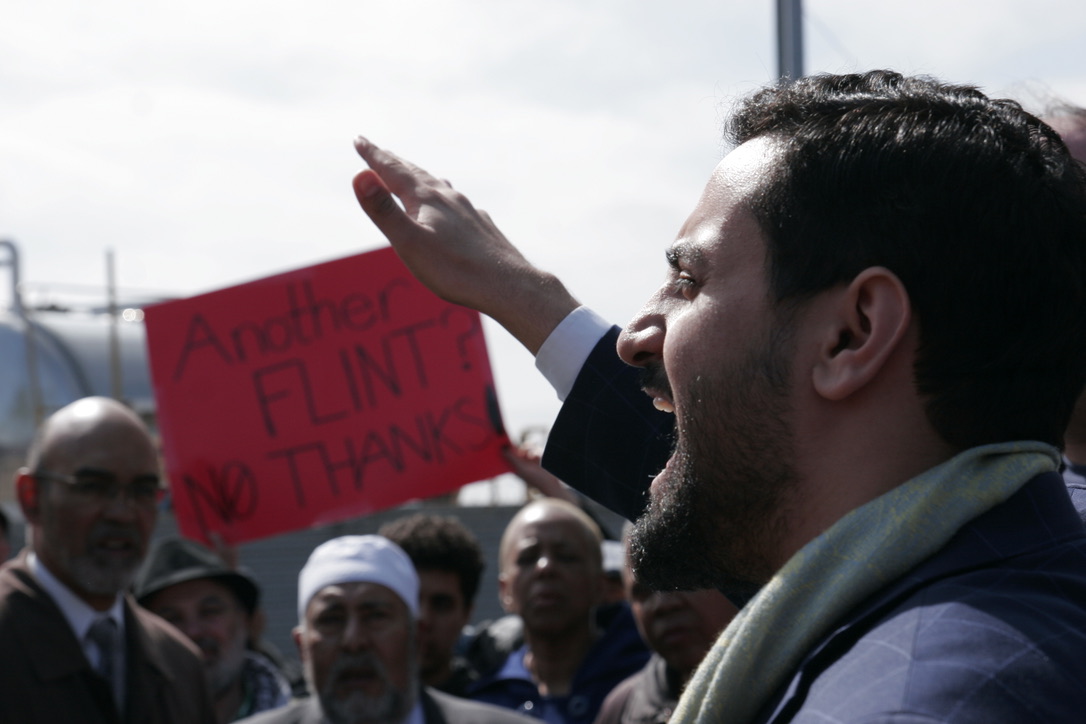 Hamtramck, Mich. – Although the official results haven’t been released yet, the Democratic Nominee has become clear. Abraham Aiyash has earned more than double the votes of any other candidate in the District 4 State Representative Election.

As a longtime friend of the late Rep. Isaac Robinson, Aiyash began his campaign soon after the untimely death of the beloved State Representative. It was a hardworking campaign, as one observer said, garnering support from both National and Local figures. After all, how many other candidates can say that they’ve been endorsed by both Senator Bernie Sanders and Hamtramck Mayor Karen Majewski?

In an interview with the Yemeni American News earlier in his campaign, Aiyash said that political power is not freely given from those in power. It is demanded, engaged with, and continuously worked on. “And that quickly morphed my passion for building power in communities that largely are disempowered,” Aiyash said.

People within the Yemeni Community say that this is an essential step in actualizing their role in politics. This may be the highest office that someone in Southeast Michigan’s Yemeni Community has ever earned.

While this does legitimize the Yemeni Community as a whole, Mayor Karen Majewski explains that a capable politician like Abraham Aiyash is going to do a lot to legitimize Hamtramck itself.

“We expect him to do big things in Lansing,” Mayor Majewski said. “And big things on our behalf especially. I think Hamtramck will be well represented.”

Talking about his plan for office today, Aiyash says that he’s looking at the legislation that was left unfinished by Rep. Isaac Robinson. In order to honor Rep. Robinson’s legacy, he’ll be working to push some of those efforts forward as he finishes Robinson’s term, before beginning his own.

Abraham Aiyash has said that he considers himself a Progressive Democrat, part of a legacy of Democratic lawmakers aligning themselves with policy like the Green New Deal and Universal Single-Payer Healthcare. But Aiyash does have an eye for local issues.

As part of his stated policy proposals, he’s looking at Car Insurance Rates and what he sees as discriminatory rate-setting practices as a focus for his work in Lansing. Among other issues, he’s also looking at Loan Forgiveness Programs for retaining college graduates in Michigan’s workforce, and focusing on infrastructure improvements on a state-wide scale.

Hamtramck had 13 good candidates running for the Democratic Nomination. Any one of them could’ve represented District 4 in Lansing well. Now that the Democratic Nominee has been decided, voters can have a clear idea of who’s going to represent them, since a Republican has not been elected for the past 4 elections.