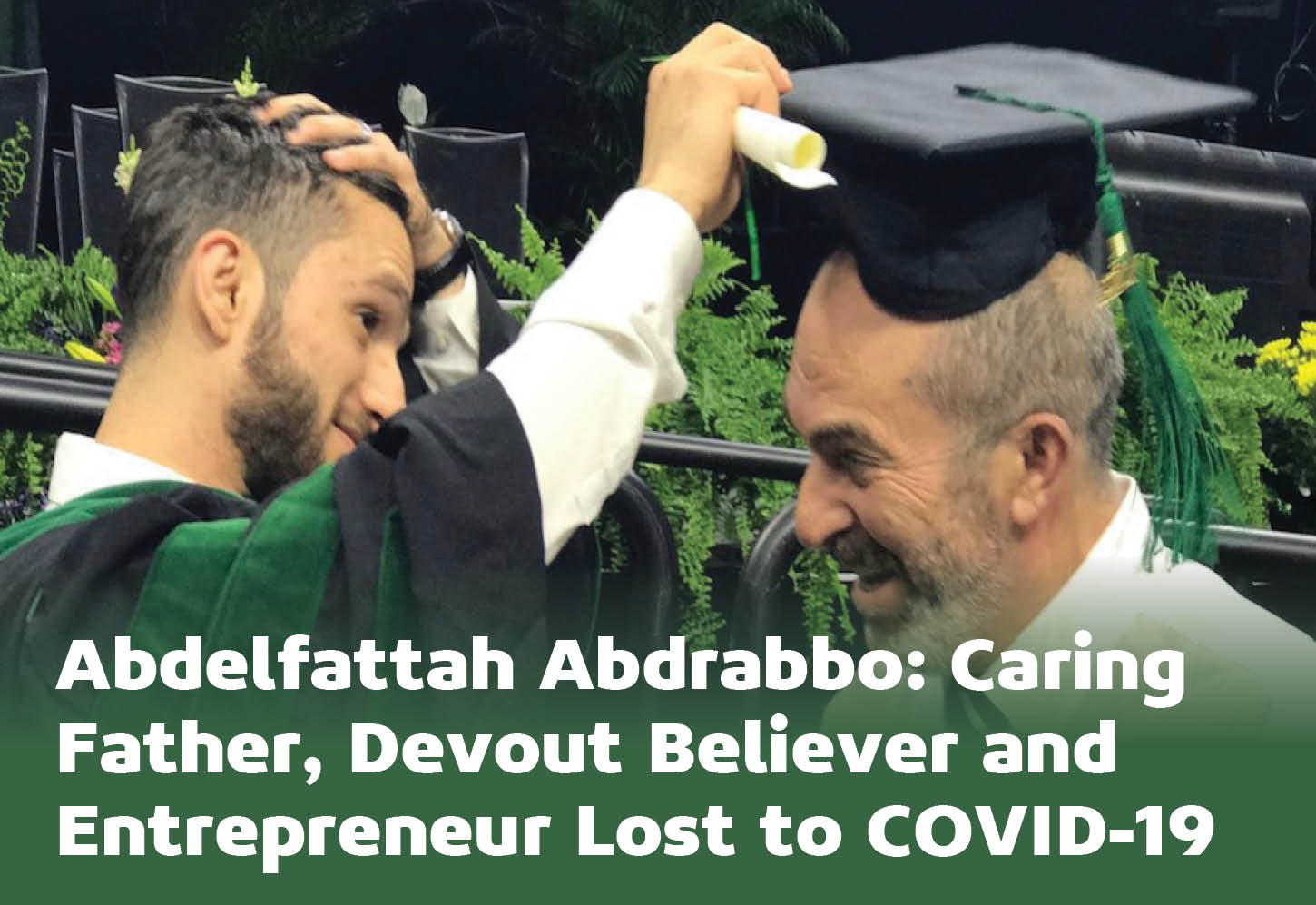 Canton, Mich. – He was a good man, a devout Muslim, and a kind-hearted soul. He was the embodiment of an American Dream that only comes to be for those who think of their children first. He was a pillar in the community, held higher with a humble conviction. He was a good man, but he was also more than that.

On Apr. 27, Abdelfattah Abdrabbo passed away at the age of 65, while he was being treated for COVID-19. He spent his last moments with his wife and one of his sons, while the rest of his family stood outside the hospital.

Born in a small village outside of Jerusalem, Palestine, Abdelfattah Abdrabbo emigrated to the United States in his 20s. “He lived his early life with absolutely nothing,” Dr. Mohammed Abdrabbo said. “He was working as a stocker at grocery stores as a young immigrant from Palestine.”

The Life and Loss of Abdelfattah

Abdelfattah initially moved to New Jersey, before relocating to Dearborn, Michigan and then settling in Canton. According to his children, it was his tough work-ethic that eventually led him to start his own business; Sunrise Import & Export in Detroit.

“Local Imam’s were sharing stories about how they used to come to his business and ask for gifts for children who excelled at school,” said his daughter Dr. Amali Abdrabbo Elabed. “He would tell them to just take whatever you want. He was a constant giver.”

He was also a devout Muslim, who was charitable with donations to his Mosque. Eventually, he was given the key to Masjid Bilal in Canton, Michigan. At 4a.m., he would open the doors and lead the morning prayer. 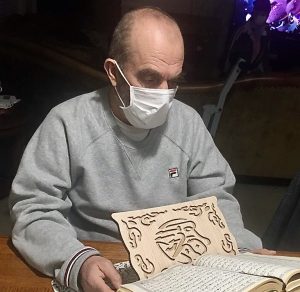 With his wife, Aziza, they would eventually have six children.

“He supported 6 children,” Dr. Mohammed said. “Six children through college and graduate training, all from his never-ending desire and selfless drive to keep his family stable and grant them opportunities he did not have.”

When his health started to decline, he was taken to the hospital by one of his children. Aziza Abdrabbo was also experiencing symptoms of the same illness. When he was taken to the emergency room, he was confirmed to have contracted the Novel Coronavirus. Aziza recovered a week later.

As Abdelfattah was being treated for the illness, his children would ask the nurses to FaceTime with them so that they could watch their father. For 21 days they would virtually keep watch over their father throughout the 21 days he stayed in the hospital.

Abdelfattah Abdrabbo passed away on Apr. 27. His wife, Aziza, and one of his sons stood next to his bed, where doctors scrambled to keep up with Abdelfattah’s rapidly-shifting vital signs. Abdelfattah’s breathing became heavy and fast, according to his daughter, Dr. Amali Abdrabbo Elabed. His blood pressure shot up and the settings to his ventilator were constantly being changed.

“I know a miracle’s going to happen,” Aziza said. “I just know.”

Four weeks before, Abdelfattah contracted the Novel Coronavirus. He was placed on a ventilator for 21 days before he passed away. He is survived by his wife, Aziza, his six children, and six grandchildren.

How Abdelfattah is Remembered

He raised doctors, pharmacists and teachers. He kept his faith close to his heart. And he left behind a community that is better for once having him in it. At a virtual ceremony, 16 mosque leaders spoke in tribute to him.

“He was loved by all the Imams in Canton, Dearborn and Detroit because he supported them all,” Dr. Amali said.

Imam Hamood at Dix Mosque remembers him fondly as a champion to those in faith and those in need.

“Brother Abdelfattah, may Allah shower his soul with mercy and grant him the highest level of paradise, was a regular at congregation prayers in many mosques,” Shiekh Hamoody said. “He was a great example of an honest businessman, who was so humble and kind. He was also known for the warm smile he greeted everyone with.” 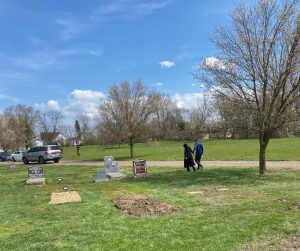 Abelfattah’s daughter and son-in-law walk away from his grave after his burial in Knollwood Memorial Park Cemetery of Canton, MI.

Abdelfattah Abdrabbo is remembered as an excellent father, a hard worker, a devout Muslim, and a caring soul. Among many others during this crisis, he will be missed.

“His hands were rough, but his soul was soft,” Dr. Mohammed said. “When he laughed, the wrinkles at the corners of his eyes and his teeth would show for all to see.”