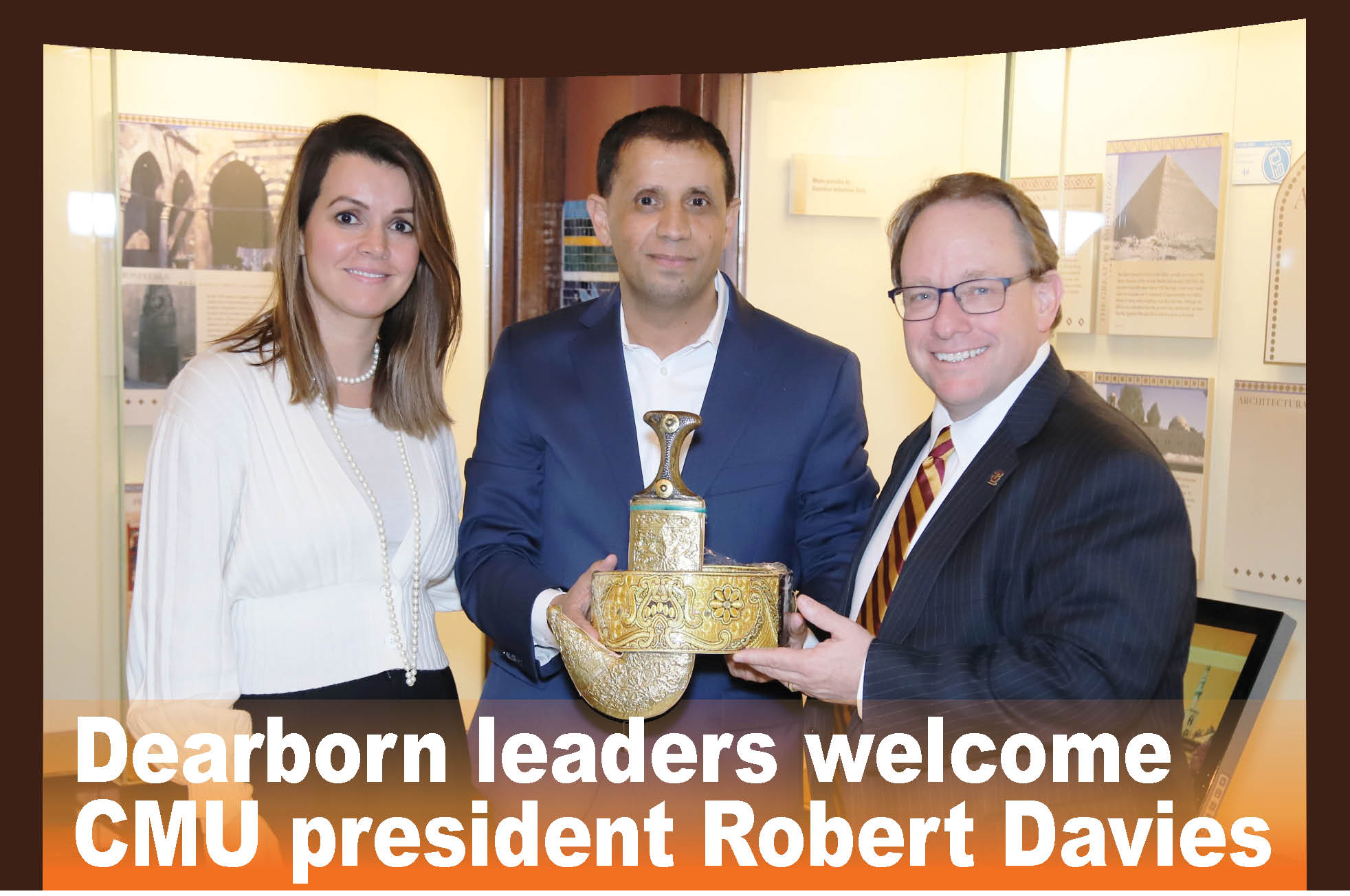 Arab American leaders have welcomed Central Michigan University President Robert O. Davies at the Arab American National museums to introduce him to the community in a push cement ties with educational institutions in the state.

“It’s absolutely outstanding and humbling to be before you today,” Davies told a crowd of dozens of Dearborn activists and officials.
He called the museum a national “treasure” that seeks to bring people together.
Davies said education is about working together, building bridges and tearing down walls.
“We look forward to bringing students from the Dearborn area up to Central Michigan University to interact with our students, to share their ideas, to share their beliefs, and then come back to Dearborn to share what they’ve learned, what they’ve gained, what has been spurred on,” he said.
“That to me is the exciting part.” 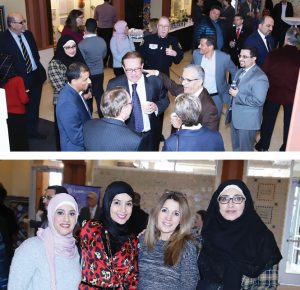 Based in Mount Pleasant, about 150 miles north of Dearborn, CMU is one of the largest public universities in Michigan with more than 20,000 students.
Davies added the he looks forward to a “long a fruitful partnership” with the Arab community.
Davies, who has a PhD in higher education from the State University of New York and had served as the President at Murray State University in Kentucky, started his tenure at Central in September of last year.
The Yemeni American News publisher Rasheed Alnozili, who helped organize the reception, presented Davies with a traditional golden Yemeni dagger, warning jokingly that it is just a decorative artifact.
“We have this, but we never use it,” he said of the dagger. He, then, told Davies: “From the heart, welcome to our community.”

The American dream
Dearborn City Council President Susan Dabaja presented Davies with a certificate on behalf of the city, congratulating him for his appointment as CMU president.
Dabaja welcomed Davies, saying that the Arab American National Museum, where he was being hosted speaks to the heart of the community.
She also praised the “unique stories and perspectives” that the Yemeni American News puts forward.
“I believe that in Dearborn, you can really feel and understand what it means when they talk about the American dream,” Dabaja said, pointing to the energy and enthusiasm to various organizations and institutions in the city.
The council president stressed the importance of higher education in the success of the wider community in Dearborn, and Arab Americans specifically.
She said while the community has traditionally looked locally for colleges, over the years, people have started attending universities beyond Wayne County, including CMU.